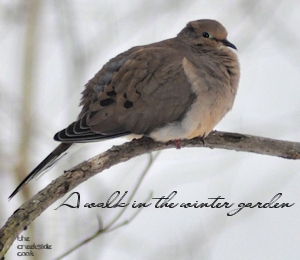 I am one of those strange people who actually likes winter. Up to a point anyway. I am disappointed if we don’t have a white Christmas, and I enjoy knowing that my gardens are all snug under a nice bed of snow in January and February. Here in Upstate NY though, it’s not unusual for winter to outstay it’s welcome by as much as a month. That I am not so fond of. But this winter garden walk took place while I am still content with a bit of snow.

I love how everything looks when it is snowy. Usually from inside the house, while I’m working. Working at home has definite advantages, and one of them is that I don’t have to battle the snow each day, driving to work. I admit it probably looks prettier to me than it does to someone like Larry, who has to scrape it off his truck and drive on un-plowed back roads to get to civilization, where he is presently working, mostly outside, this winter. Instead, I can throw on a pair of boots and a hat, and run out to grab a few frames before high-tailing it back into the house for a another cup of French press coffee.

About these photos – this is my story: too much fall clean up of the garden deprives wildlife of an important food source, and besides, you cut down all the “winter interest”. And, I was like, super busy, what with a new job and all. Let’s move along, shall we?

I have lots and lots of these little hats all over the garden – coneflowers like hats! 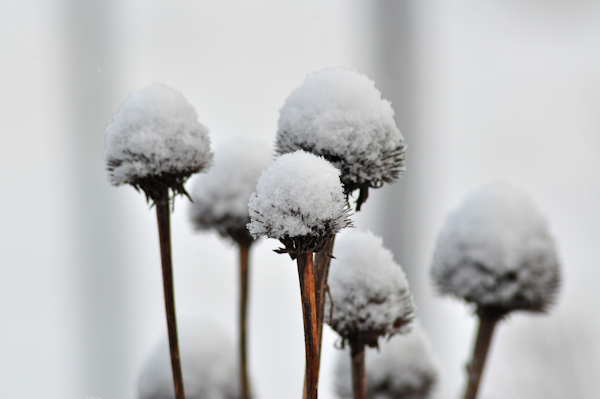 This is one my favorites, no matter what time of year it is – Miscanthus ‘Morning Light’. Some taller grasses flop over part way through the winter but this one usually looks nice till I cut it down in the early spring. The color against the snow always makes me happy. 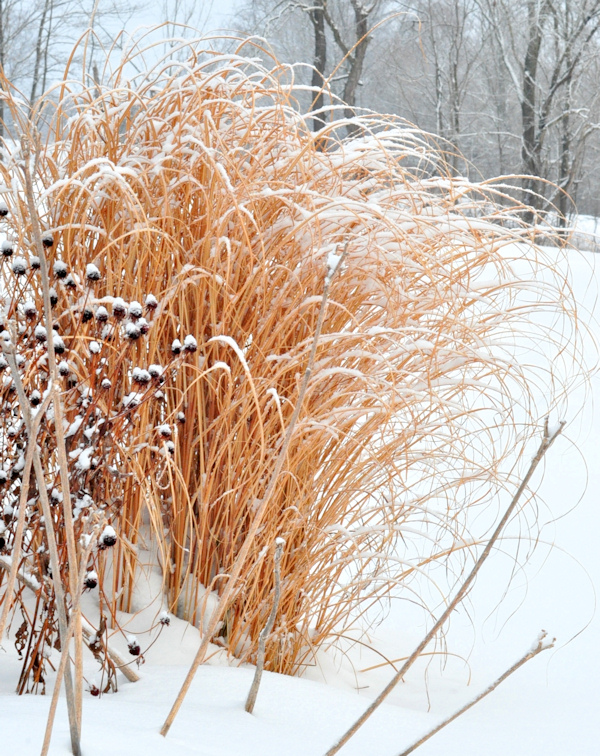 The stone bench Larry gave me for my Birthday a few years ago looks beautiful in the snow. A friend of Larry’s made this just for me and it’s Pennsylvania bluestone, so unlike some stone or concrete items, it is fine right out in the weather all winter. I figure in about 500 years it will have a nice weathered look. 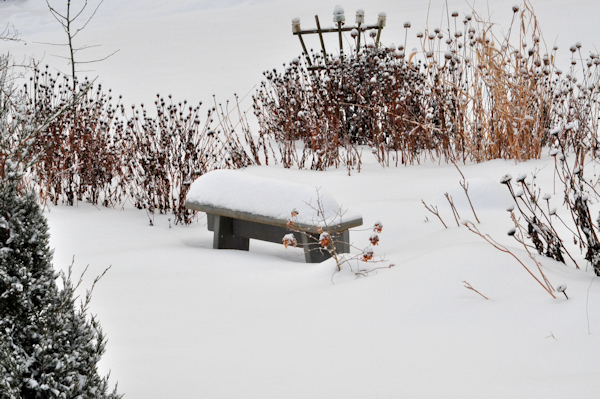 Larry found these in an old dumping spot down behind where Ellyn and Jason used to live in Virginia. They spent a couple seasons at the edge of the garden but then a couple years ago, when I was adding mulch, I set them on top of the trellis and they have been there ever since. The wrens who raise their babies in the bird house nearby like to stand on them as they scan the area for threats. In the summer of course – I haven’t seen many wrens just lately. 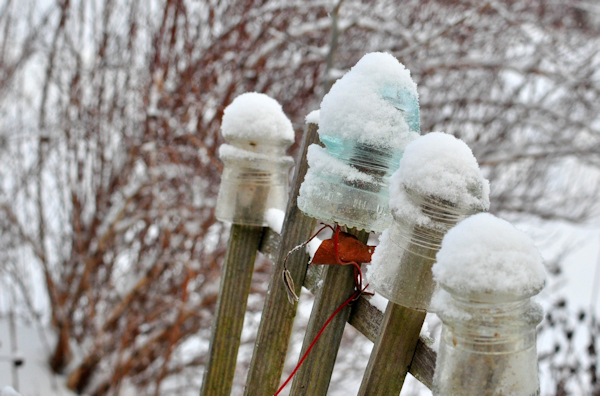 This, thankfully, isn’t in the garden, but rather along the road. It’s a weed actually – Queen Anne’s lace. It may be my favorite weed, but you don’t want to let it create a presence in your garden, because it does become a thug, outgrowing the plants you want and then reseeding itself all over the place. Which is why I always have plenty of volunteers anytime I want to take a photo of one. 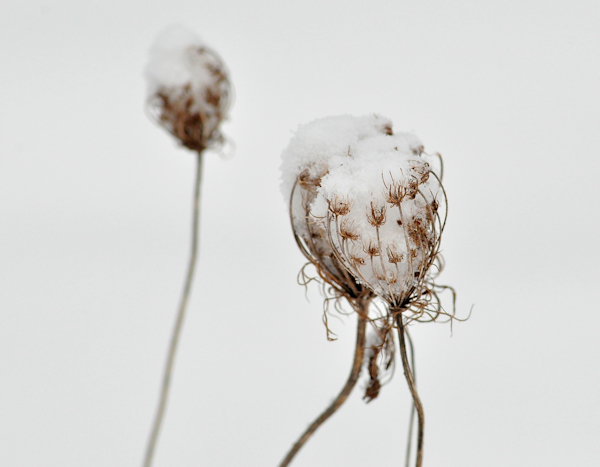 And pretty though this all is, I’m glad that spring gets closer every day.

One thought on “A Winter Garden Walk”