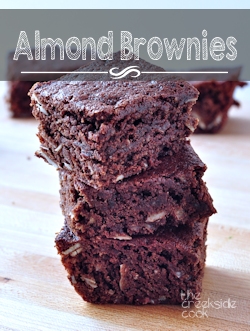 Really, there are few things in life that are more sublime than a really nice batch of fudgy, rich brownies. it is one of the first things I ever remember baking on my own, using my Mom’s stained recipe card to guide me. Mom was a bit of a chocolate freak, so this recipe had been used many times.

This was quite a long time ago, when box mixes were in their infancy, and pretty terrible. Mom held them in very low esteem, and I have to say that I agree with her about that. Particularly when in comes to brownies.

Brownies are so very easy to make that a mix is almost more trouble than making them from scratch. And the difference in flavor really shows, as far as I’m concerned.

Now, I have my own tattered and stained card with Mom’s old recipe on it, and this version is just a riff on her [and now my] old standby. The almond flour adds some extra chewiness, and a deeper flavor, and the toasted almond slices are crunchy and rich. You can find almond flour in most supermarkets anymore – usually in the same section as unusual grains and such. If not though, you can order it from Amazon: Almond flours 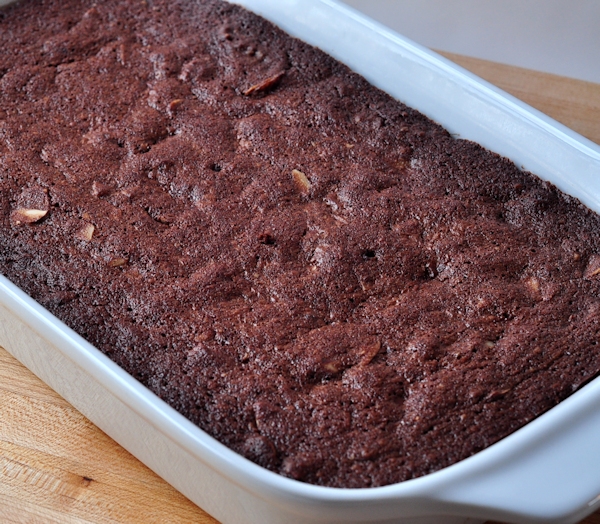 You can, if you prefer, just use entirely all purpose flour, but I think the almond flour is worth finding, if you don’t already have some. 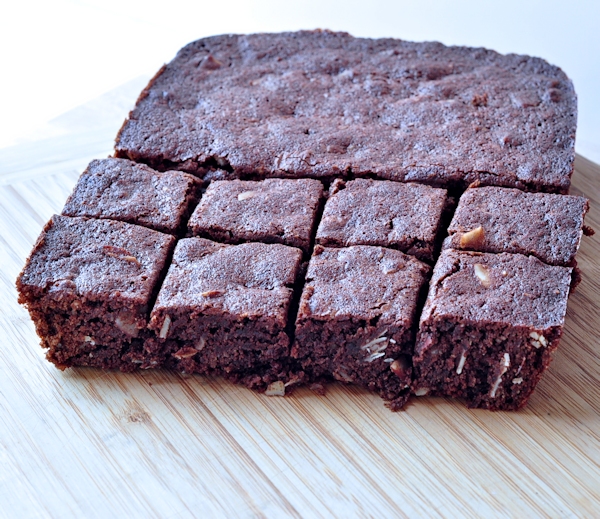 Author: Donalyn Ketchum
Recipe type: Bar Cookies, Brownies
Serves: 8-10
Prep time:  10 mins
Cook time:  20 mins
Total time:  30 mins
Ingredients
Instructions
3.2.2708
Because of the almonds, these are best within a day or two after they are baked – after that the nuts begin to get a little soft. Not that they are likely to stick around any longer than that anyway! 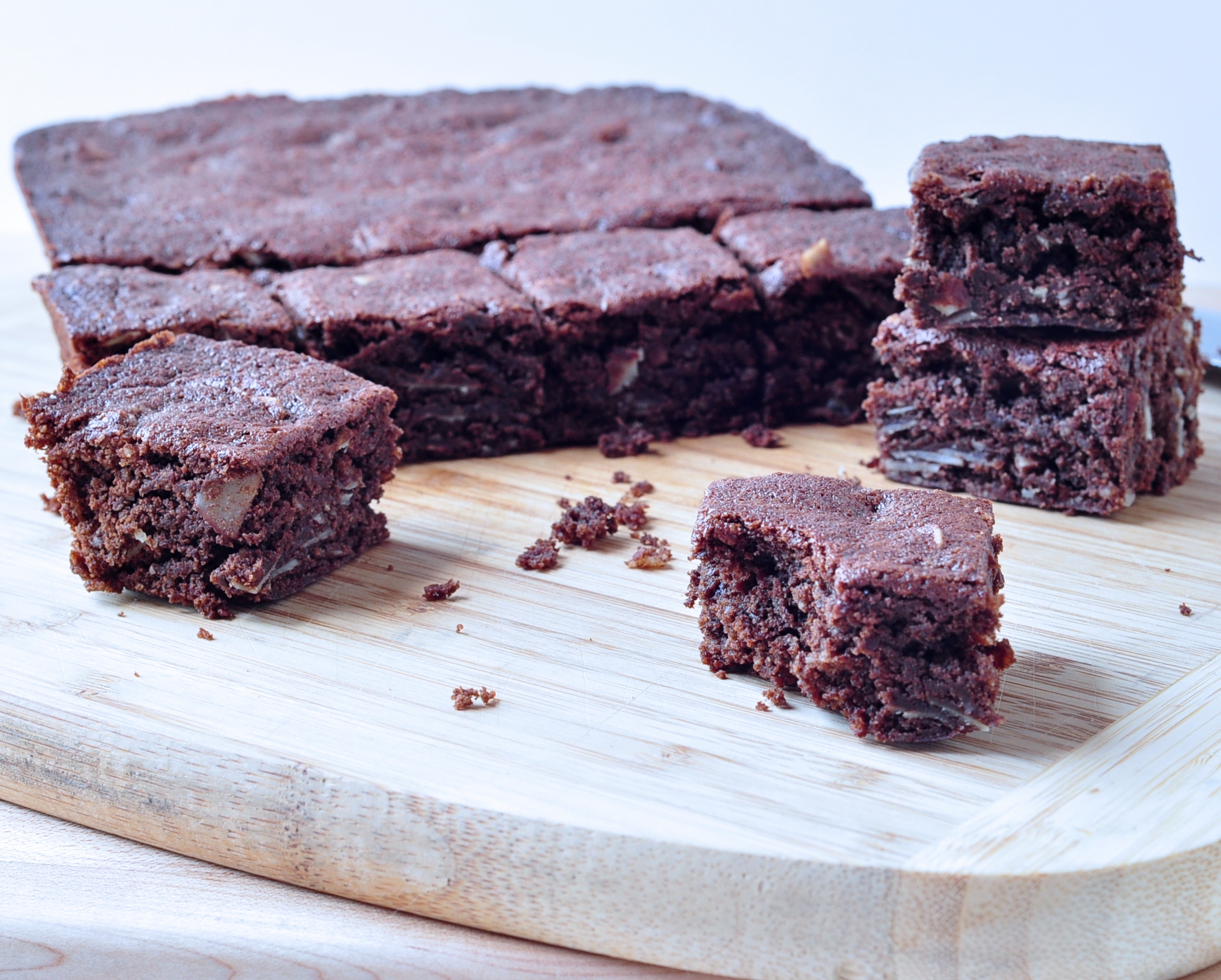