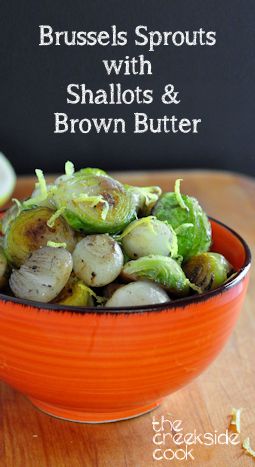 It is a sad day when I finally have to buy Brussels sprouts in the store. We have finally run through all the of the ones we grew in the garden, along with nearly everything else left from last fall’s harvest. We used up the last of the onions a week or so ago, and the potatoes were all gone awhile before that.

This dish also used up our remaining shallots. If you grow a garden, you should definitely make room for some shallots because nothing makes you feel quite so much like a millionaire as having an almost unending supply of them. They are pricey enough in the store that I often think twice about buying them, but we paid $12 for a bundle of starts last spring and ended up with something like 12 pounds of delicious indulgence.

I mention that, because this dish makes rather profligate use of shallots, so if you would rather substitute some kind of small onion, I will understand. In that case, I would also add a bit of minced garlic at the same time as the browned butter, because shallots have a bit of a garlicky bite that onions do not.

We were surprised at how easy shallots are to grow – basically plant them and just keep them weeded. You do have to be careful not to plant in them in same place again very soon – or where you have grown garlic, onions or leeks – because they all can suffer from the same pests and diseases and if you grow organically, crop rotation is the best way to avoid problems. I’m going to try starting them from seed this year, because that is cheaper yet.

If you like the idea of growing them, but don’t have a lot of room, they will do quite well in a patio pot, so long as you keep them watered and give them some organic fertilizer a couple times through the summer.

Can you tell I am starting to get just the tiniest bit of spring fever? I want to grow something!

But back to this dish, which combines some of the best flavors of winter veggies. 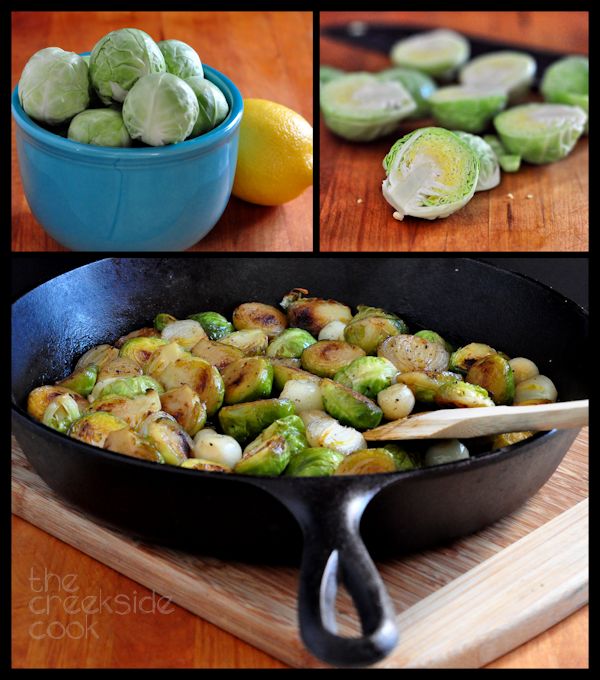 This cooking method is called a braise which means you use some moisture to steam the food, and some fat to give it a nice color and rich flavor. This is a super easy sort of braise, because you put everything in at the start and just switch from the stove-top to the oven part way through. I used my trusty ancient iron skillet, but any oven proof skillet or saute pan will work just fine. 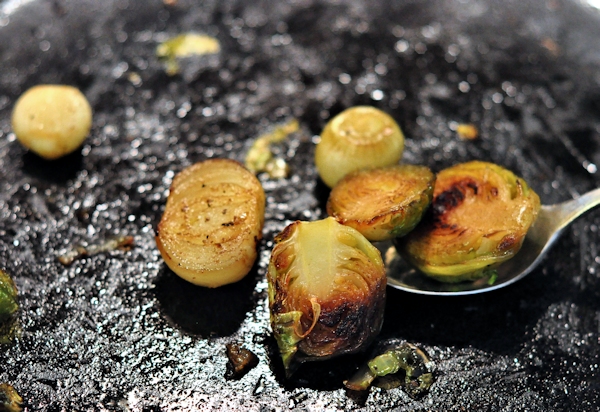 Save Print
Brussels Sprouts with Shallots and Brown Butter
Cooking time will be determined by the size of the Brussels sprouts, as well as the age - go by how they look and taste, rather than an exact time. 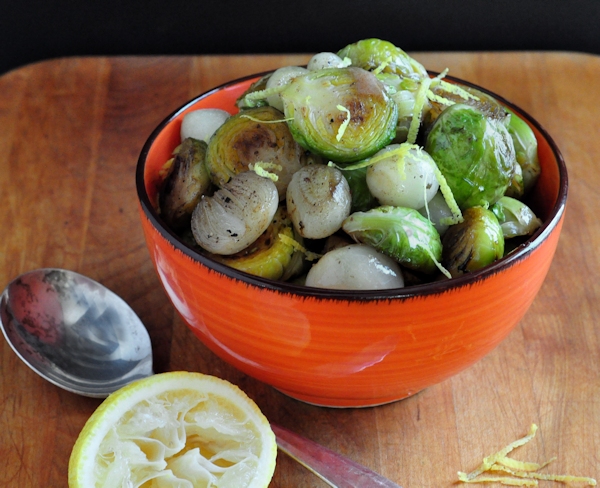 These go very nicely with a pork loin or roasted chicken – you almost won’t care how cold and blustery it is outdoors when you sit down to this for dinner! 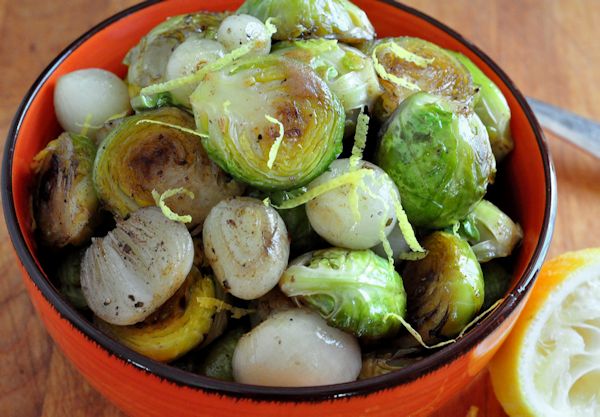 8 thoughts on “Brussels Sprouts with Shallots and Brown Butter”