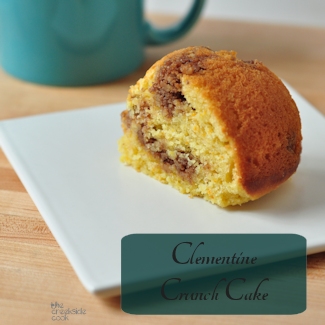 Aren’t clementines like the best thing ever? Peeling requires so little effort, and yet it reveals so much delicious juicy flavor. It’s hard to restrain yourself, and even buying a 5 pound box doesn’t seem to make them stick around for long. I had plans to work on this cake and twice, when I was ready to begin, the clementines were all gone! That required an extra trip to town, and another 5 pound box. What a pity, huh?

Which brings up the question of what to do with those little boxes, once they are empty. It seems like they should be able to serve some useful purpose. Something besides kindling for fires in the wood stove out in the shop, which is where they always seem to end up around here. [ha – I just searched on Pinterest for “clementine crates” – apparently, I am not the only one who thinks they should not go to waste!]

But, back to the cake, now that I have a fresh supply of clementines. This recipe was inspired by Larry’s grandmother, who often made a cake that included a whole orange, ground up, peels and all. I think that modern oranges must have more bitterness in the peels though, because when I tried her recipe, it was not as good as I remembered hers being. I kind of put the idea on the back burner, until it occurred to me to try clementines. The skin on a clementine is very thin, and not nearly as bitter as an orange – it seemed I had found the [very tasty] answer. 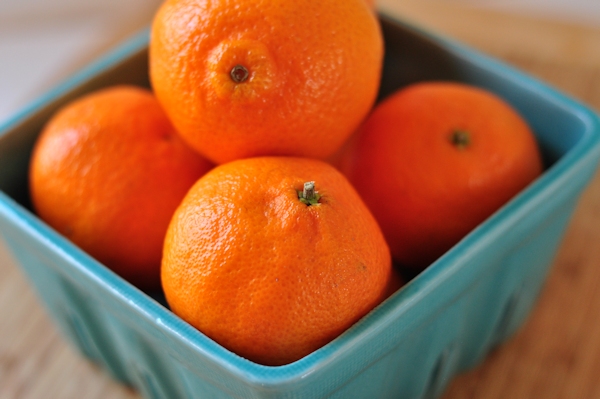 I decided since the topping mixture, and then the clementines, had to be ground up in the food processor anyway, that I would find a way to do all of the mixing in the processor. I mean, once you haul that big old thing out, who wants to mess with the stand mixer and another big thing to wash? Not me, and I bet not you either. Just for kicks I mixed one up in the mixer, and it wasn’t one bit better than the one done all in the processor. So save yourself a little dishwashing. 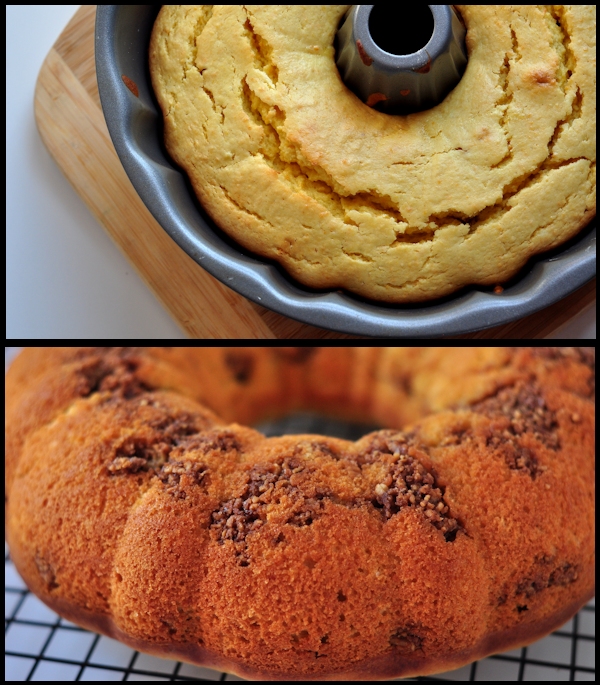 Save Print
Clementine Crunch Cake
To make things easier, this entire cake can be mixed up in the food processor!

The cake is moist and luscious, having a nicely prominent orange flavor, with some lovely undertones from the nuts and cinnamon – and, as promised in the name of the recipe – some crunch! 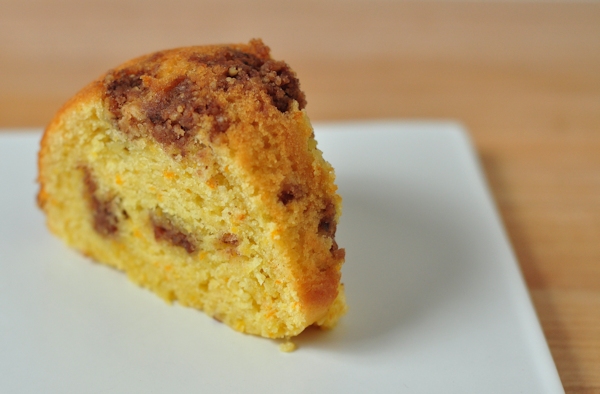