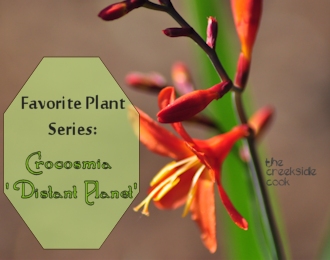 A couple years ago, I added a big extension on my front flower bed and filled it with a bunch of new daylilies, a big pretty hydrangea, some grasses, echinacea and probably some other stuff I’ll forget until it blooms again. [it’s not unusual for me to find a surprise in my garden that I planted and forgot about, which is way better than looking for something that you can’t find, because it died].

I was, and remain, the most excited about one plant in particular – a Crocosmia called “Distant Planet”.

There are a lot of Crocosmia varieties, but the only one with any reliability at all this far north has been “Lucifer”, and I never had much luck with that one either. I might have gotten two years out of one once, but no more than that. In areas of the country with warmer winters, Crocosmias are exuberant growers – in the warmest hardiness zones, they’re even invasive and thuggish. That will never be a problem here – I would not mind a bit if they would man up a little and throw their weight around, but instead they just kind of dawdle along until they finally dwindle to nothing. It’s a mixed blessing I suppose, because people who have too many would probably be glad to see them all wiped out some wet, cold January.

I’ve waited till now to move this post over from my old blog, because I have been waiting and waiting [and waiting, waiting, waiting!] to make sure it would come up again this spring. I didn’t want to rhapsodize over it and then have to come back in a couple weeks to say it died after only 2 winters. But it is finally coming up – though I have to say it took it’s own sweet freakin’ time about it. [important – all the photos in this post are from 2011 and 2012] 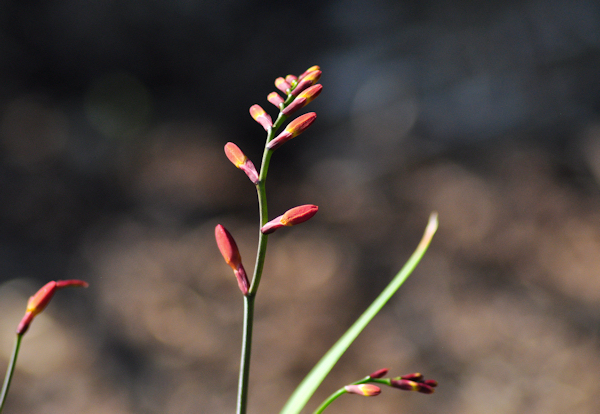 This is the description of “Distant Planet” from Ellen Hornig, who originally introduced it: “If you’re looking for a gorgeous and indestructible northern-hardy orange crocosmia, seek no more. This plant is unstoppable here. It started years ago as a seedling, from a source never recorded and long since forgotten, and it has spread and spread. It blooms freely, in a very bright orange, and the flowers are beautifully flared.“ 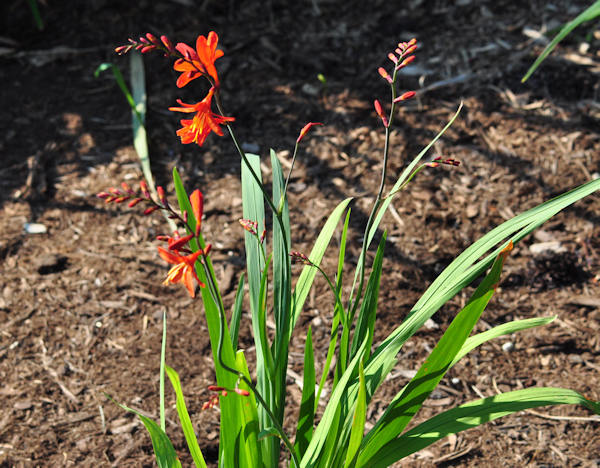 I ran across the above quote about “Distant Planet” on the Lazy S’s Farm, website, and it caught my attention immediately. Cautiously optimistic, I went to check out just where it had been growing so well. I had been disappointed by so-called “hardy” crocosmia before, only to find a blank spot where it should have come up after a tough winter.

The info I found was pretty exciting – Seneca Hill Perennials, which Ellen Hornig once owned, is now, sadly, closed, but it was in Oswego NY!
Zone 5A, baby, just like me! My debit card nearly burst into flames, I ordered it so fast. 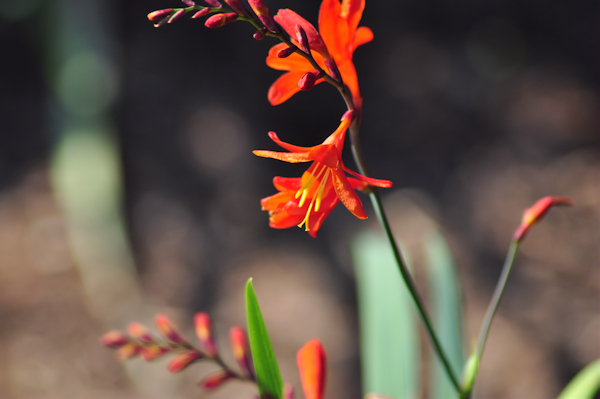 Croscosmia, also called Montbretia in some places, is a distant relative of the iris family, but it blooms just about all summer. If what I’m reading, from other gardeners holds true for my garden, I won’t have any trouble getting this one to return year after year. It also supposedly comes true from seed, so I’m definitely going to let it reseed if it will. This was before the main flush of daylily blooms, but look how it draws your eye from clear across the garden. 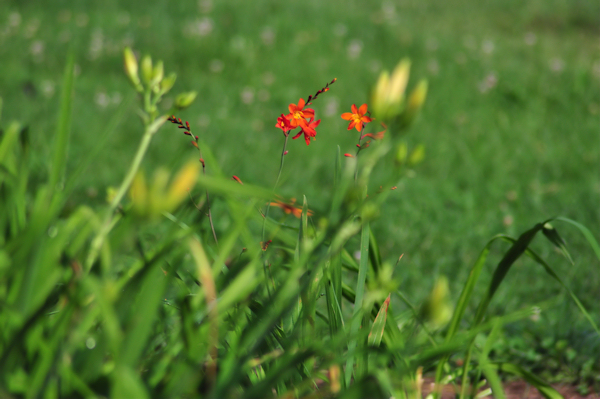 Of course, I’m a freak for orange flowers. They get me every time, which is exactly how I got into growing daylilies, in the first place. I know some gardeners don’t like too many hot colors in a garden. They want a place “to rest the eye”. I figure I will rest my eyes in the winter, by looking at snow. 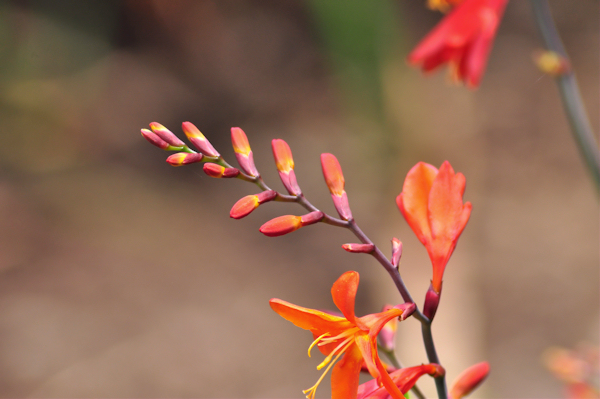 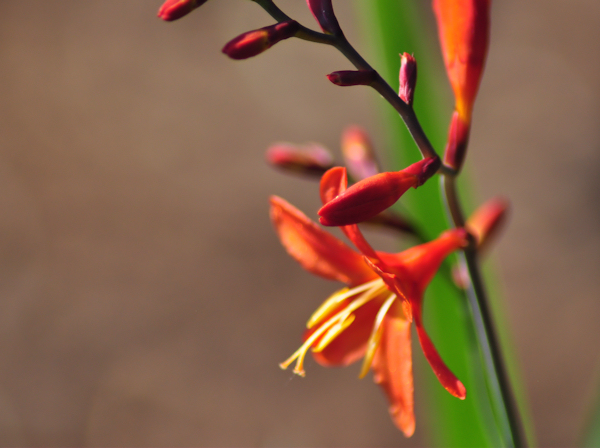 Sorry – I get a little excited sometimes.