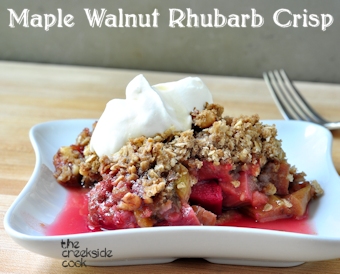 Maple Walnut Rhubarb Crisp is everything you might think the name implies: sweet, tangy, fruity, nutty, crunchy. We have not been the least bit sorry that it took 3 batches to get it tweaked just so, because taste testing the “failed” batches has been very pleasant work – about the best kind of work, really.

I was surprised to find out from readers, when I posted a rhubarb recipe in the past, that it doesn’t grow everywhere – not where it can’t get a good chill down in the wintertime, apparently. It’s also called pie plant, though I have to wonder about the first person who ever thought to make it into a pie. To begin with, the leaves are pretty poisonous, so you have to hope they didn’t try to eat those first. And just biting a big old chunk off the stalk isn’t a good idea either, because sour doesn’t even begin to describe the flavor. It will turn your mouth right inside out, it’s so puckery! I can’t imagine tasting it and thinking “Oh yeah – we’ll just throw some of this in a crust with some strawberries, sugar and stuff, and we will be good to go!” Really? Those must have been some awfully hungry folks is all I can say. 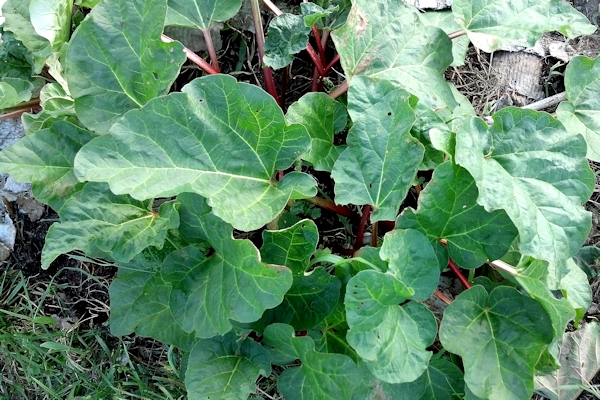 Rhubarb is about the easiest thing in the world to grow – you can plant just some of the bare roots, or buy it potted up at some garden center places, or maybe get a division from a friend – plunk it in the ground and in 2 or 3 years, you will be pulling it out of there by the armload! If you have had it growing for a while, but it’s not producing as well as it used to, try dividing it and replanting the pieces. If it’s a very old plant though, come equipped with an ax, because the roots are very tough once they get some age. And you heard the part about the leaves being poison, right? I don’t know if they would kill you, if you ate them, but I bet someone else would get to eat your rhubarb crisp for awhile, so discard them before prepping the stalks.

I see it in supermarkets a lot more than I used to, which was never, until about 5 years ago or so. Choose stalks that are firm and crisp – like you would want celery to be. It will keep in the fridge for a week or so – I put it in a paper bag, though I can’t say that it has ever lasted a week around here. 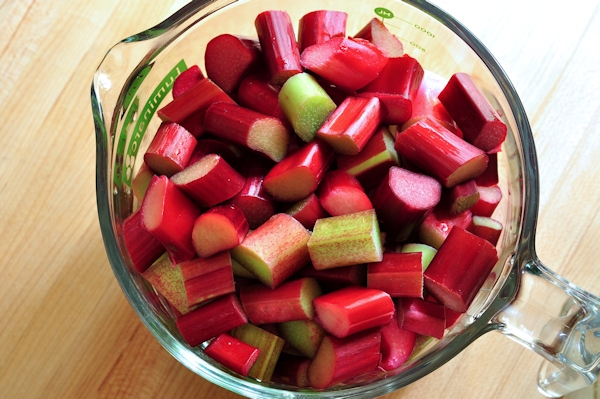 The other important ingredient didn’t come from my yard, but just about as close as you can otherwise be – the maple syrup in here came from our neighbor, Jeff, who taps a bunch of trees and spends hours boiling down the sap every year. I can sit on my front porch and watch smoke billowing from the sap house, just across the valley. It is really superior stuff – this is grade B which we always try to get, because it has a deeper flavor than the lighter grades do. It lends a softer sweetness than sugar does that is the perfect balance for the tart rhubarb. If you live in the Southern Tier of upstate NY [Tioga, Broome, Tompkins counties] and want to get some syrup from Jeff, leave me a comment and I will email his phone number to you. In any case, just make sure you use the real stuff – none of that pancake syrup stuff from the supermarket. 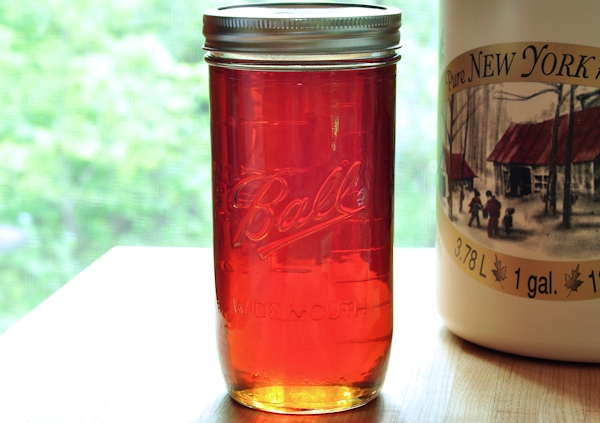 Time to get this stuff made!

It is best to let it sit for about an hour before serving – the filling is very hot when you first take it out of the oven, and the topping will crisp up a little more when it is cooled off. 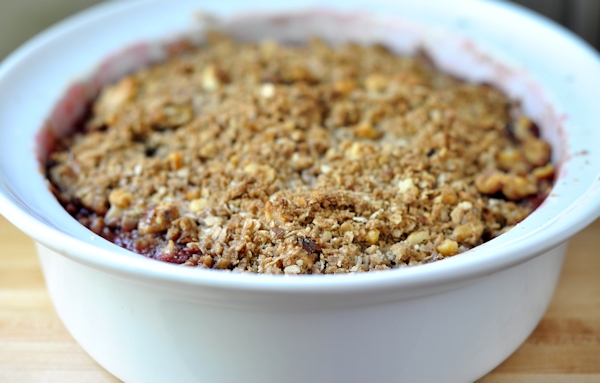 We like it topped with vanilla ice cream, or with whipped cream, sweetened with maple syrup, and then maybe just a little drizzle more of the maple syrup over the top of each serving. 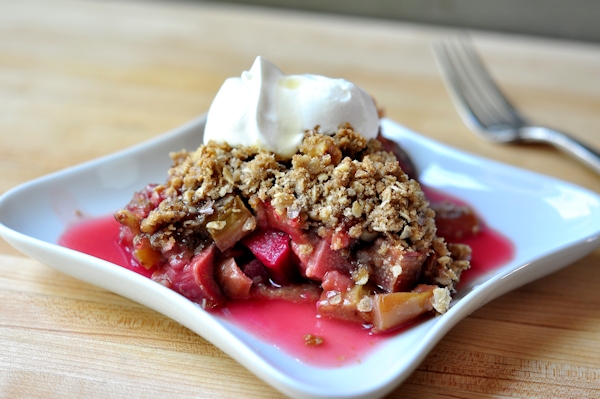 It is definitely one more reason to be glad spring is here!