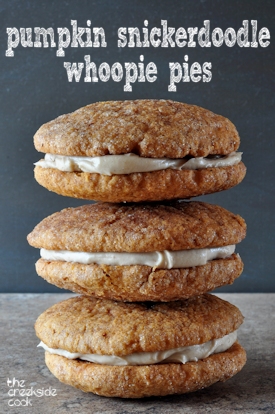 I hardly know where to begin. These are … epic? Is epic too strong a word for cookies? I might have thought so before I made these, but now I am thinking it just might be possible for a mere cookie to attain a sort of hero-like status.

A few years ago, my cousin sent me a recipe for Pumpkin Snickerdoodles, and I used a version of it on my old blog. I think the reason that he thought to send it to me, was because of our shared memory of our Grandmother, from whose kitchen issued forth a never-ending river of Snickerdoodles. I expect it was Grandpa who was very fond of them, or she might not have made them so often, and I suspect my cousin bears more fondness for that memory than my siblings and I do. We lived next door to the grandparents in question, so our exposure to the Snickerdoodle River was far more extensive than the other grandchildren. Enough so that we turned our noses up at them sometimes, much to Grandma’s dismay.

I think though, that Grandma would be pleased to see what has become of Snickerdoodles in my own kitchen. They’re now more strongly spiced, a little less cakey, with a crispy sugary exterior and then they are nestled two by two with a ribbon of brown sugar cream cheese filling. Oh – and the pumpkin of course, which lends them an undeniable fall flavor that is perfect with a cup of tea as you contemplate the sideways shadows of a chilly late afternoon. 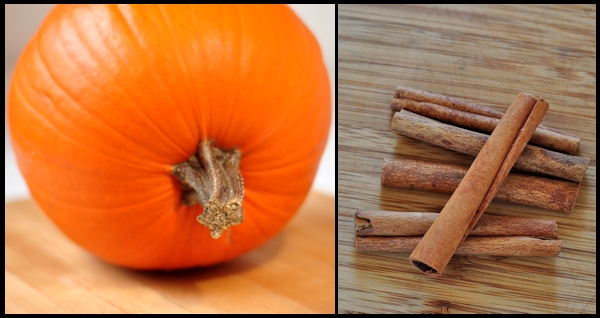 I used canned pumpkin, only because it is what most people have access to and home cooked pumpkin can be quite a lot thinner, because it is hard to get as much moisture out as they do in commercial operations. I try to make things easier for you when I am working on recipes, though I have made these with home prepared pumpkin successfully. If you want to use pumpkin you have cooked yourself, I would, once it is all cooked and pureed, put it in a wire mesh strainer over a bowl for a good 24 hours to get as much of the excess liquid drained away as possible. [that liquid would make a nice addition to a soup stock or a batch of cinnamon bread by the way] 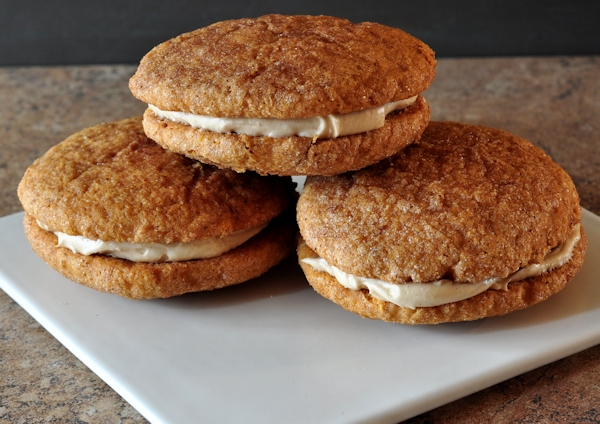 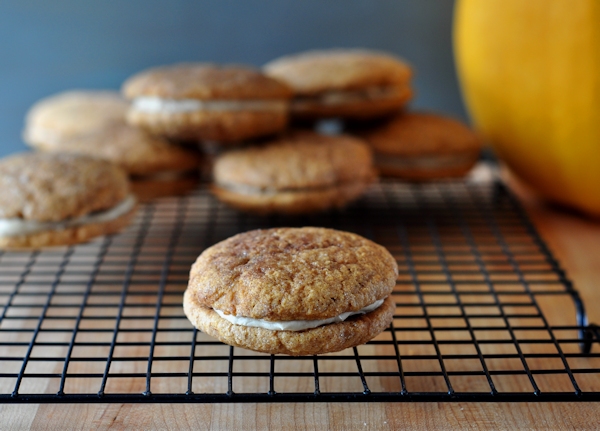 The sad thing now, is that they are all gone.

I’m guessing it won’t be long until another batch finds it’s way into my kitchen – even a river, perhaps.
Go make some – and then you can judge for yourself if they deserve to be called epic!