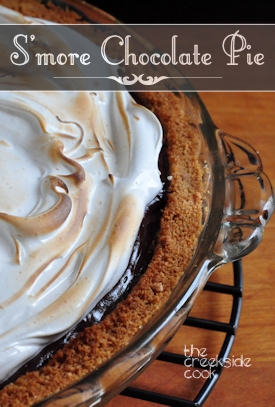 It’s a little ironic that only days after mentioning how little my husband loves chocolate, I am offering yet another chocolate dessert that you just might like to make for your Valentine.

The fact is, I like chocolate – actually, I love chocolate and I know that lots of other people do too.

Maybe even you, am I right? You know it’s true.

And, when you get right down to, it even my Valentine was impressed by this particular chocolate thing. That is partly because it’s a pie and the guy loves pie. I definitely know the way to his heart by now.

I’m not going to blow sunshine up your skirt and tell you that this is a fast and easy recipe, because it definitely is not. You are making a chocolate custard filling and marshmallowy topping. The crust is super easy at least, but over all, it is going to take a couple hours – though a good part of that is chilling. Personally I get a kick out of occasionally making something that takes a little time and effort. It’s fun, and when you get all done, your effort really shows. That is this pie.

I was careful not to go too sweet with the silky filling. I used 70% cacao dark chocolate, with only a little additional sugar, so it keeps the dark rich flavor of bittersweet chocolate. The crust isn’t very sweet either and using brown sugar gives it a more caramel undertone that’s just so good.

The topping is not as sweet as you often find on these kinds of pies – closer to a meringue than marshmallow, though it tastes like marshmallow. It’s also a lot easier to make and not nearly as messy as marshmallows, which can end up all over the kitchen by the time you get done.  This topping tends to behave a little better, and is definitely easier to pipe, should you decide to go that route.  I thought about doing that, but in the end, opted to just swirl it around to get some nice peaks.

You can, if you like, use pre-made graham cracker crumbs, but starting with whole crackers definitely tastes better in the end. I used my food processor, but you can bash the crackers into crumbs in a ziplock bag, using a rolling pin. Either way, make sure you get them very fine.

As I mentioned, I used 70% cacao chocolate to hold down the sweetness and intensify the chocolate flavor, but you can use what you like. Even bittersweet chocolate chips will work. 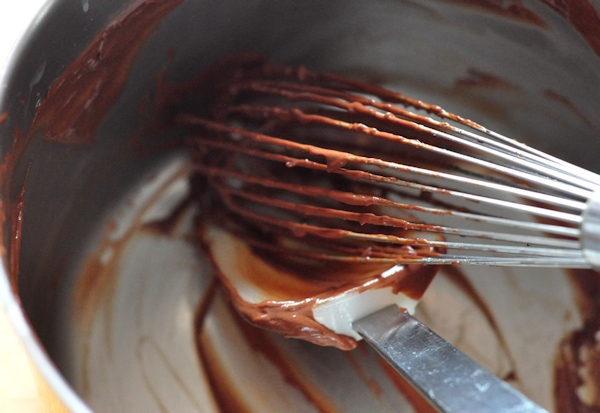 And, here is where a major portion of you time goes – in chilling the pie, before adding the topping. 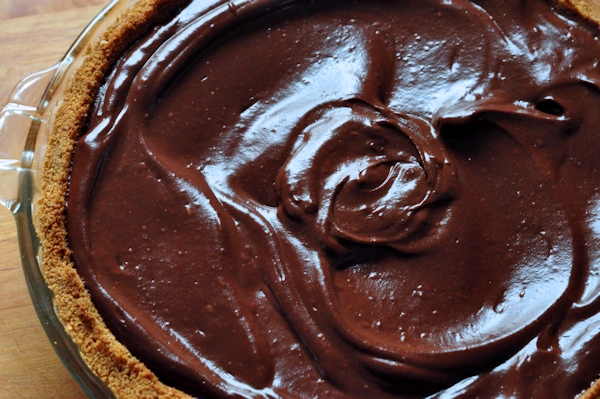 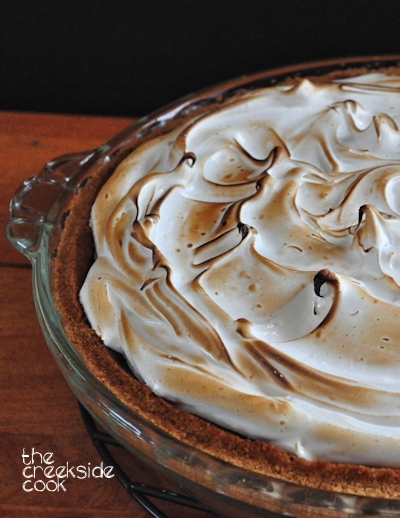 This is not something I say lightly, but I think I may have just come up with my best dessert ever. 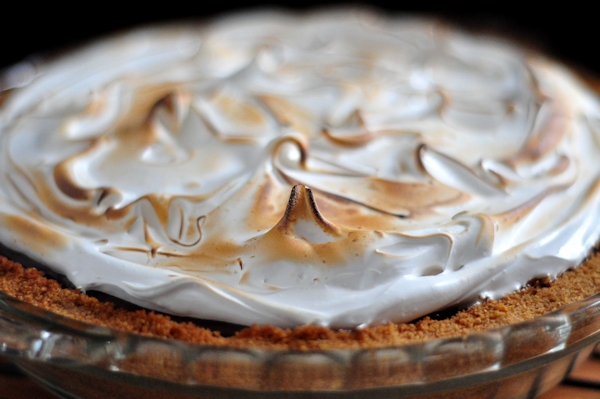 All right – I actually say that pretty often, but this time? I really mean it. 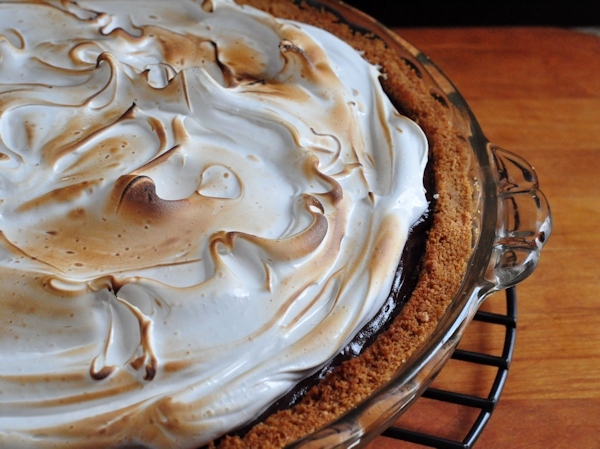 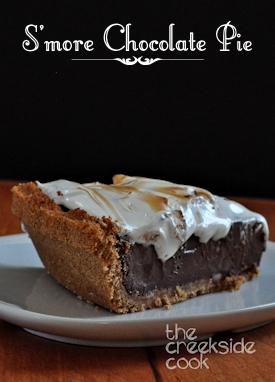