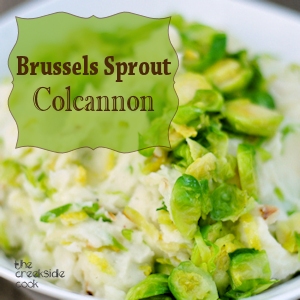 If you were fortunate enough to have had a good crop of brussels sprouts last fall, you might still be enjoying them, in which case this Brussel Sprouts Colcannon would be a very good idea. That was not the case for us however. We had a sort of brussels sprouts famine, with no idea why. That part of the garden seemed to be lacking the gumption to actually form the sprouts, though the plants were big and beautiful. It is not easy to switch a garden over to organic fertilizer, and we are still learning how best to replenish our soil. Fortunately, fresh brussels sprouts are very plentiful in the grocery store these days, and relatively inexpensive. Winter farmer’s markets often still have them as well.

Colcannon is a traditionally Irish dish, which is why I’m moving this post over from the old blog this week, with St. Patrick’s day coming up. It is typically made with cabbage, kale or other greens, but Brussels sprouts are just teensy cabbages, right? I think colcannon goes particularly well with smoked or cured meats like ham or corned beef, which also often appear on the table this time of year. We aren’t Irish, and after an unpleasant encounter with too much green beer about 30 years back, we don’t celebrate St. Patty’s Day like so many non-Irish do, by drinking too much. Instead, we prefer to celebrate with food, so the menu next weekend will definitely include this version of colcannon. 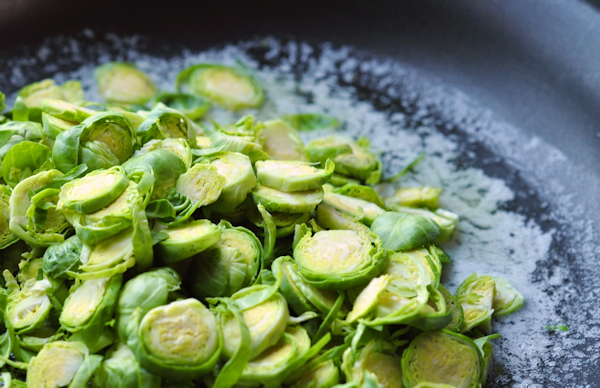 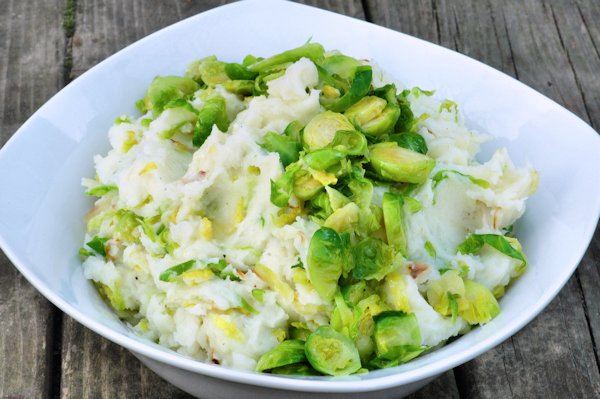 It really doesn’t get much simpler than that, and the result is just amazingly satisfying and delicious. 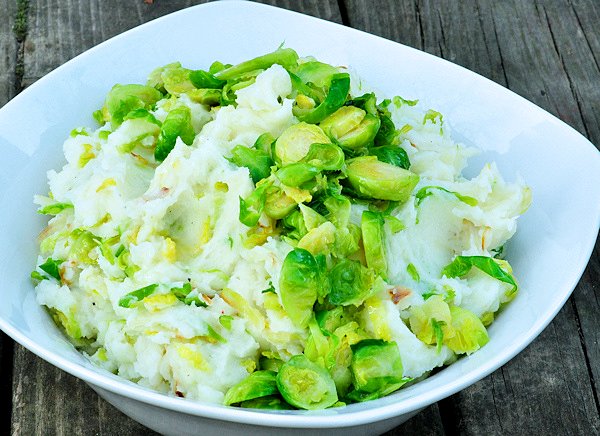 It’s also probably a lot better for you than green beer, but you can still have a nice glass of porter or stout with dinner!