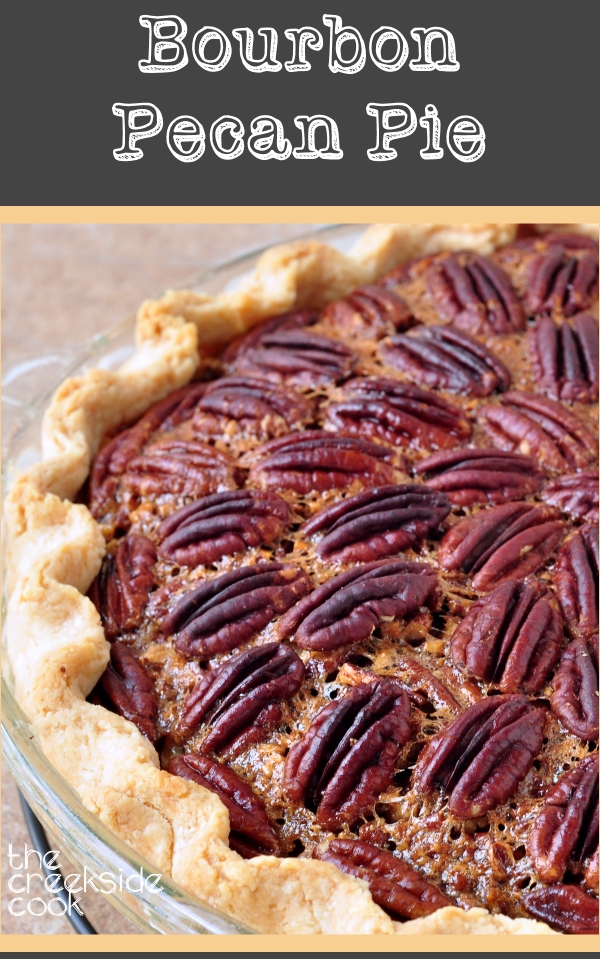 Bourbon Pecan Pie – just the name sounds delicious, doesn’t it? But, first things first. If you were a reader of my old blog, you have certainly heard me lament about my inability to produce a pie crust what was both edible and presentable. Despite years of living next door to one of the world’s premier pie bakers – my grandmother – my pie crusts were pathetic affairs. In my memory, watching grandma roll out a pie crust was like those really old Warner’s Brother’s cartoons, where little bluebirds glide the crust gently into the dish, and it magically drifts into a perfectly formed pie complete with a lovely crimped edge. My own efforts more closely resembled something like a scene from an 80’s disaster movie with piles of smoking rubble and distressed people wandering in confusion.

So, mostly I just gave up. I made pies for holidays, but I used store bought crusts or made kinds that used graham cracker crusts which are very easy to make from scratch. It bothered me though. I’m supposed to be able to handle anything in the kitchen, yet, pies had me flummoxed. Until one day I was watching an episode of The Martha Stewart show, where she was making a pie and suddenly, something clicked. It was the rolling out that always gave me trouble, and she said the trick is to keep the crust moving – she picked it up and swished it around through the flour after every swipe with the rolling pin, so it never had a chance to stick to the surface. Grandma probably did this too, but I guess she wasn’t as persistent as Martha in mentioning it, because it never sank in for me. Here is a video from her site that shows a crust being rolled out: Martha Stewart rolls out a pie crust – without the use of bluebirds. And because I haven’t altered her Pate Brisee recipe at all, I will send you over to her site to get it: Pate Brisee by Martha Stewart . I make mine exactly the same way.

Now, I can’t say that I feel like an expert, and I still seem to always have that moment in the process where I’m all “crap, I totally screwed this up”, but that is just history talking; because darn it all – I CAN make pie crusts now! Which is a very very good thing because to make a Bourbon Pecan Pie, you first must make a crust – and this pie is too good to be putting in a store-bought crust. It is just so filled with rich nutty flavor, that we were fans from the first bite. If you don’t care for the taste of bourbon, you can certainly leave it out. We like it best with about 3 tablespoons – enough for a fairly strong flavor, but not overwhelming. 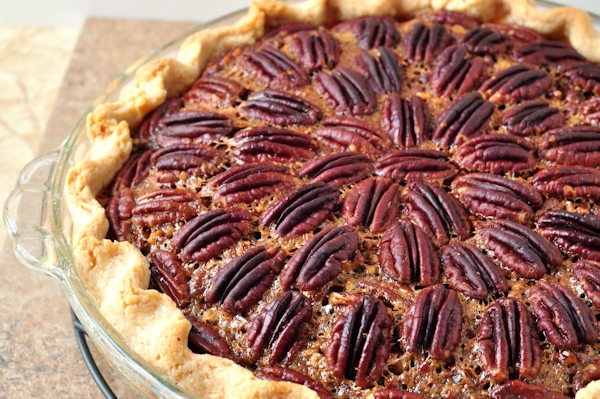 Save Print
Bourbon Pecan Pie
I use Martha Stewart's Pate Brisee pie crust for this pie. The link is in the blog post. 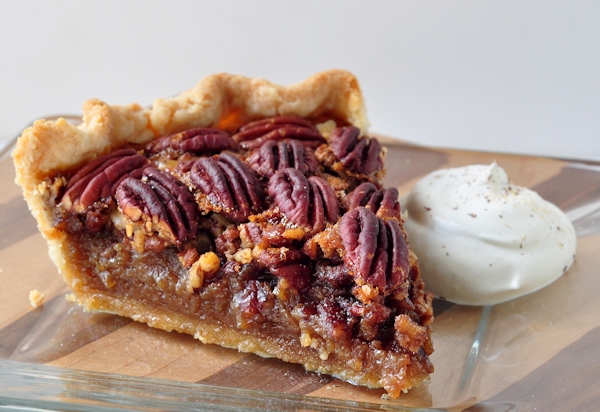 And just look at that crust – so flakey and luscious! 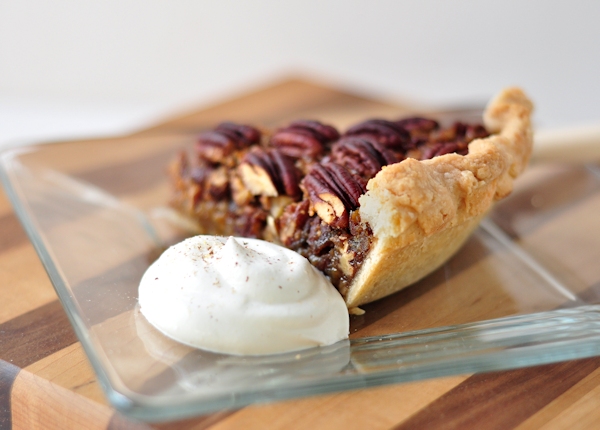 But it’s the filling that really shines – it is richly gooey and nutty and the bourbon add just a touch of edginess to it – yum!