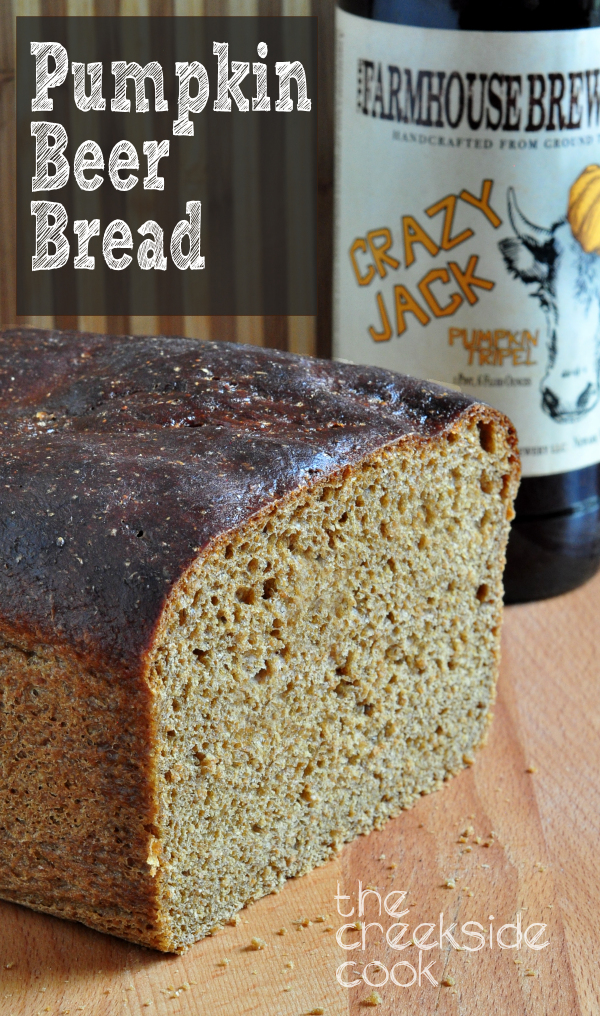 One of the nice things about doing a local Farmer’s market this past summer, was getting to know the other growers, entrepreneurs, and makers in our area. They are, without exception, people who work hard, and take a lot of pride in the products that they produce.

We are, as you know if you read here very often, big believers in sourcing food as locally as possible, whenever possible. You get the freshest and probably healthiest food that way. And beverages that are sourced locally can be pretty darned wonderful too, especially if they happen to be refreshing adult beverages. We like those a lot.

So when, during the last few weeks of the Market this fall, Marty and Natalie Mattrazzo of Farmhouse Brewery bought some of our pumpkins, we were really looking forward to trying the beer that resulted from that transaction. I mean, I like pie and all, but beer? Much better!

The Mattrazzos actually live in the same town that we do, but it happens to be a “dry” town, so they ended up having their tasting room in Owego. I can’t imagine that any brewer in the country uses more local ingredients than they do, and I am pretty sure few of them use those ingredients with more care or a bigger sense of adventure and fun.

The two beers that Marty came up with, a smoked porter, called “Smokey Jack”, and a Belgian Tripel, called “Crazy Jack” are both really good. I love dark beers, and for drinking, I probably like the porter more, but I thought it might be a little overwhelming in food. So, I decided if I was going to bring this full circle, I had to come up with a recipe using the Belgian Tripel. [The distinctions between different Belgian beers: single, doubel and tripel have to do with the amount of ingredients, and how they are taxed, with the actual styles of each kind of open to interpretation.]

I have to admit that this recipe gave me a bit of trouble. There is a popular kind of beer bread that uses self-rising flour and a bottle of beer, but that just did not work at all, since I also wanted to incorporate some actual pumpkin in this bread. [we didn’t sell all of our pumpkins!] That made it way too wet, and the flavor was pretty uninspiring. I really preferred to make a yeast bread anyway, because the beer and yeast would play off one another really well. Usually when I have a recipe idea, things come together pretty quickly, but this took 5 trials to get it right. Good thing the chickens like failed pumpkin bread!

You can use any pumpkin beer that you can get your hands on, and it will work well, or just hop in the car and drive to Owego and buy a growler or some bottles. In any case, this is a rich bread, with just a hint of warm spices, that makes one heck of a good toasted cheese sandwich – it would be perfect alongside the turkey in a couple weeks too.

If you have a stand mixer, you don’t even have to do any kneading, or you can build up a few muscles, stirring it by hand.

Save Print
Pumpkin Beer Bread
If you don't have the flours that are called for in the recipe, you can substitute white all purpose flour, though you may need to use a little extra. 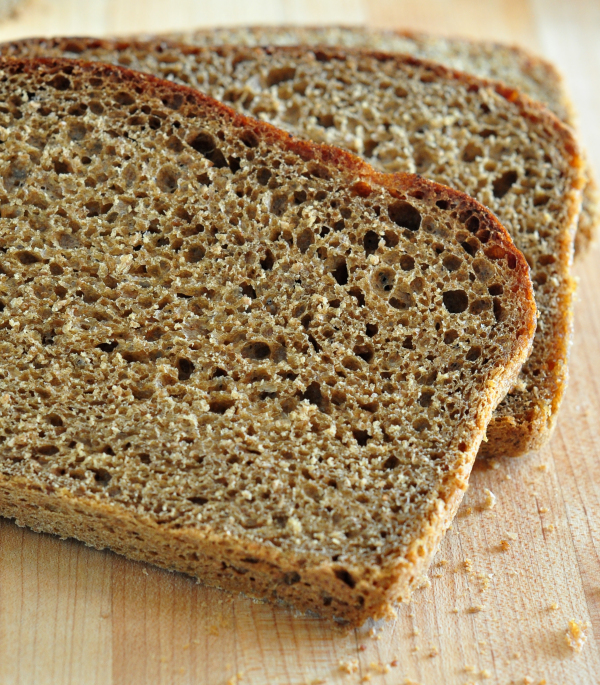 Author: Donalyn Ketchum
Recipe type: Yeast Bread
Serves: 1 loaf
Prep time:  90 mins
Cook time:  55 mins
Total time:  2 hours 25 mins
Ingredients
Instructions
3.5.3208
If you do live in Upstate NY, or happen to be passing through, I would definitely suggest that you stop by Farmhouse Brewery. Click on that link to visit their website, or click on this one to find their Facebook page, and keep up with the most recent offerings they have on tap. 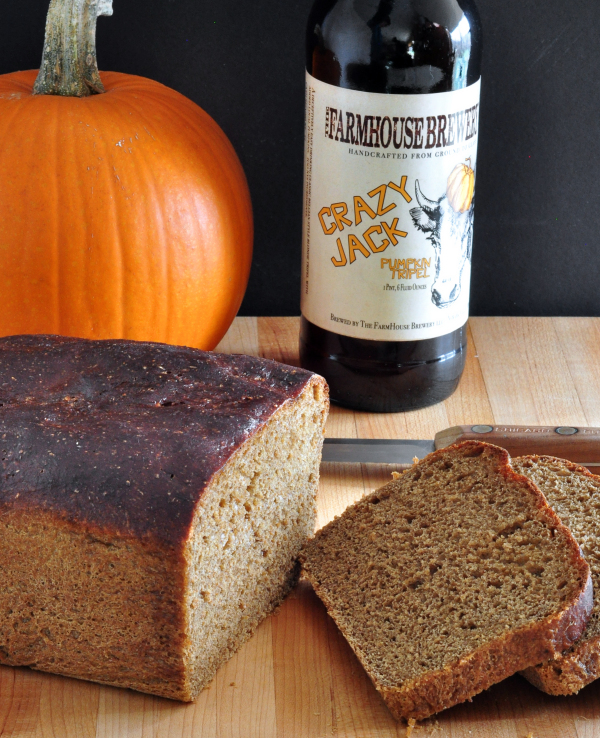