A nice dark roux is the secret! 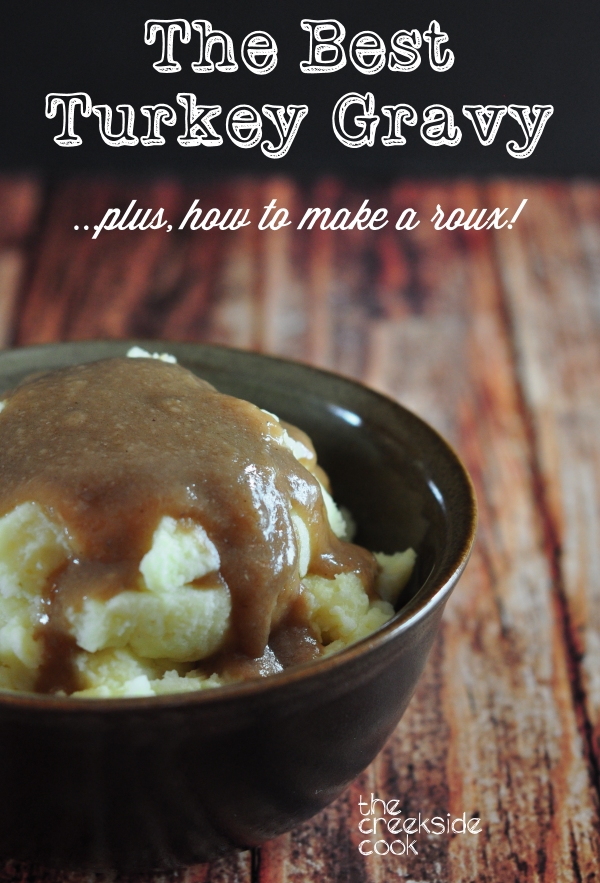 As I’ve mentioned in a few other posts recently, we’ve updated some of our Thanksgiving recipes in the last few years. We have all become better cooks over the years, plus our tastes have changed somewhat and of course there is always that food blogger gene that can never let well enough alone. There’s always a better recipe around the corner, right?

In the case of this turkey gravy that was 100% true.

For years, I used a slurry to thicken any gravy I was making. It’s easy, fast, and especially if you are using cornstarch, it’s pretty much fool proof. I knew how to make a roux, and how to use it to thicken gravy, but it seemed like I had enough to do on Thanksgiving already, so I did the same way forever.

Nothing makes a deep richly flavored gravy like a roux though, and you know what? You don’t have to make the roux on Thanksgiving Day! Roux will keep in the fridge just about forever in fact, so you can make it whenever you have the time, then just pull it out of the fridge to soften while the turkey is roasting. Duh. Sometimes it takes me awhile to catch on to the most obvious things.

And – a roux that is made in a wide, shallow pan, like a big saute pan is done much more quickly than one made in a taller saucepan, so it’s not as time consuming as you might think.

So, what the heck is a roux anyway? I’ll back up a little bit. A roux is a mixture of flour and butter, cooked together to various stages, depending on what you plan to use it for. If you have ever made a bechamel sauce, you have made a white roux, which is only cooked for a couple minutes. The roux for this gravy is cooked to a much darker color, but the principles are exactly the same.

Use a shallow saute pan to speed things up. Use unsalted butter to make sure your gravy doesn’t end up too salty. And – perhaps most importantly – don’t walk away from the roux! It can go from perfect to burned in a second, so stay right there. And, the minute it’s done, scrape it right out into a heat-proof container, so it stops cooking immediately.

Forgive the lighting on my stove – not the best for pictures, but then I was more concerned with the roux than the photos. 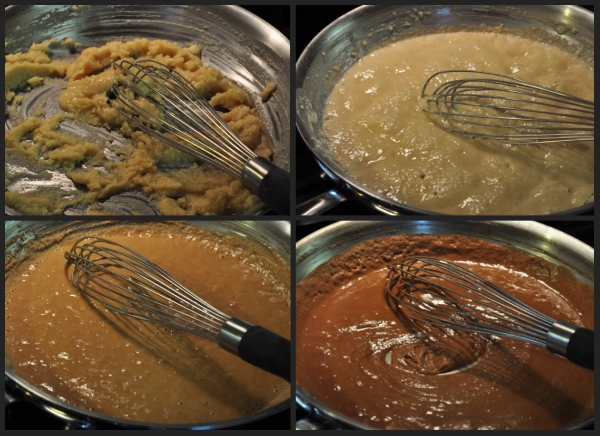 The time between the first and fourth photos is about 15 minutes. It just takes a little patience – and a strong arm! My strategy the last couple years has been to make the roux early in the day, or even a day or two ahead of time. Even today isn’t too soon – trust me, it will keep just fine till Thanksgiving day!

Save Print
The Best Turkey Gravy
This recipe will make approximately 4 cups of gravy, but can be doubled or tripled 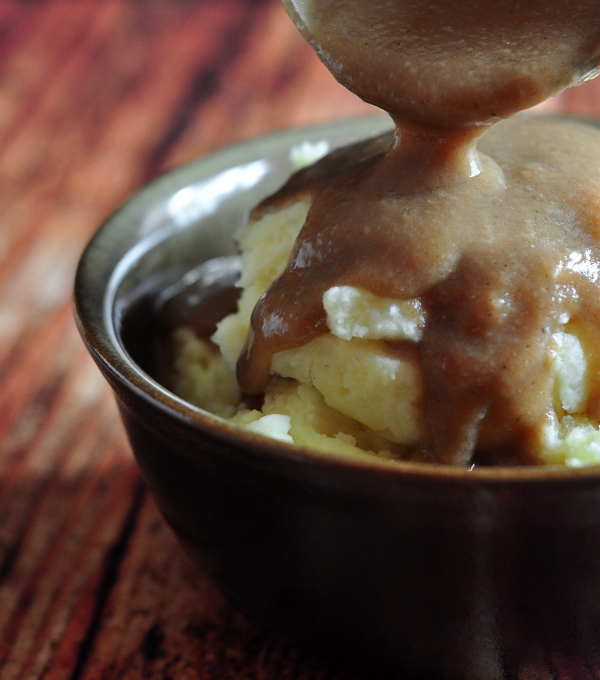 Author: Donalyn Ketchum
Recipe type: Side Dish, Basics
Serves: approximately cups
Prep time:  20 mins
Cook time:  10 mins
Total time:  30 mins
Ingredients
Instructions
The liquid
The roux
Make the gravy
3.2.2807
The velvety richness of this gravy is pretty impressive – it really elevates the whole meal. Probably because we like to drizzle it over just about everything on the plate, but isn’t that what you’re supposed to do on Thanksgiving Day? 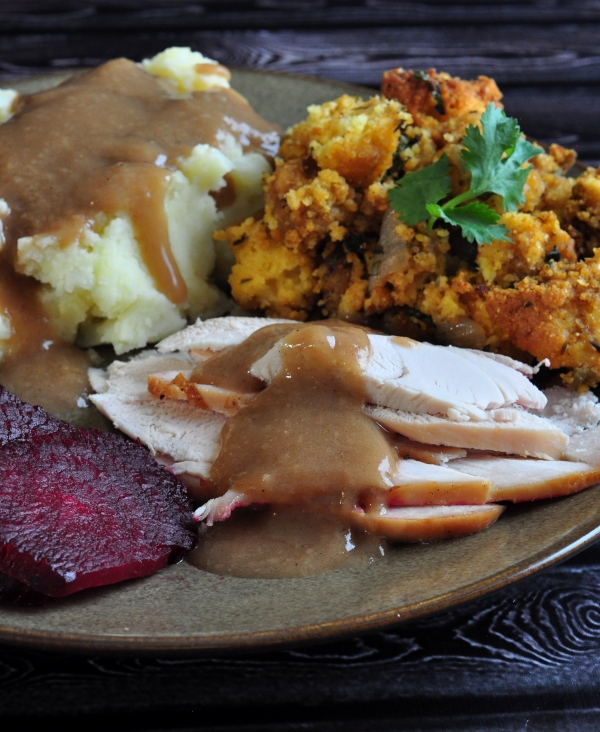 16 thoughts on “The Best Turkey Gravy”