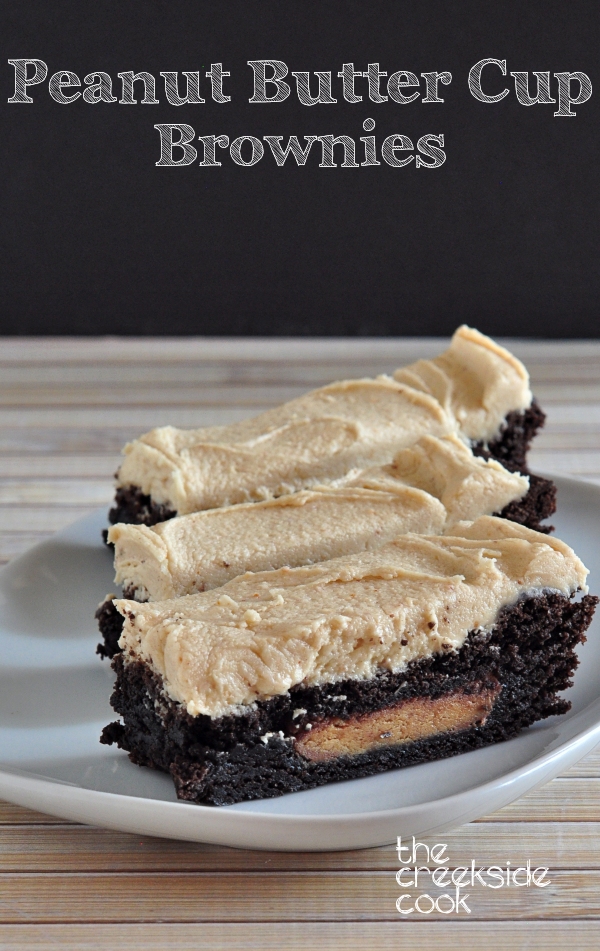 Every year, I do the same thing. We haven’t seen a trick or treater in these parts since the girls were small – we live out in the middle of nowhere, we have a rather long driveway, none of the neighbors have little kids anymore, and we don’t turn on the porch light.

I leave the porch light off mostly because of Riley, who is not fond of strangers. I can only imagine his reaction to seeing a person dressed up in a costume, with some kind of scary mask on. It would not be good.

Still – I like to be prepared, for even the most remote of possibilities, so sometime during the month of October, I pick up a bag of candy, “Just In Case“.

Just in case some foolhardy parent decides to brave the long, dark driveway of a total stranger, and brings their little urchins up onto our unlit porch to see if the unknown folk within have taken advantage of a pre-Halloween sale and have some candy on hand.

You can guess the outcome – just like every other year, I now have a bag of assorted little candy bars. It’s almost like I want to have leftover candy, isn’t it?

On the other hand, I am not a fan of milk chocolate, and now that Larry is retired, I can’t send them to work with him, so here they sit. Until I decided to make these Peanut Butter Cup Brownies that is. Turns out, I don’t mind even overly sweet milk chocolate one bit, if it is surrounded by rich dark fudgy brownies and topped with a slathering of creamy peanut butter frosting – go figure!

I have a feeling that you’ll find that you feel just the same, so here’s the recipe: 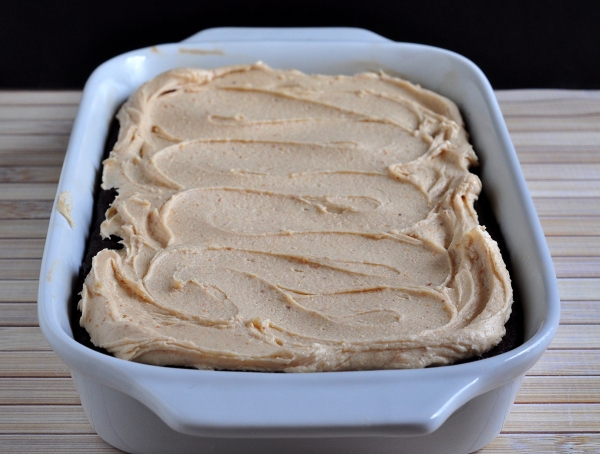 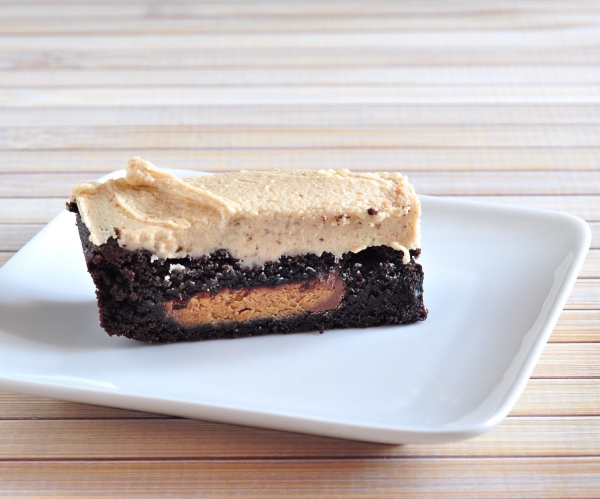 And, if like me, you are heading out to spend some time with your kids and grandkids, you might want to pack them up into re-purposed Chinese takeout containers and take them along. I promise you there will be no tricks involved when you show up with a batch of these! 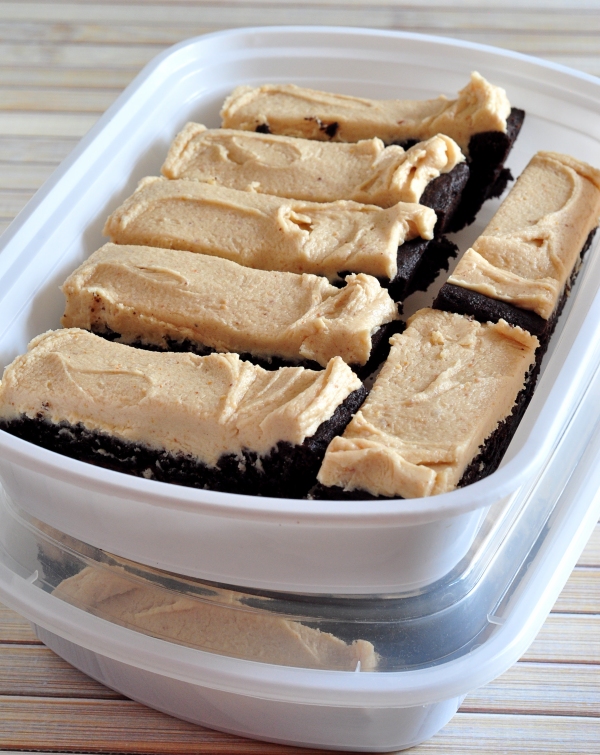