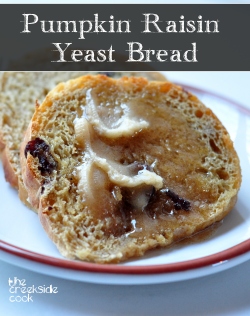 It is getting to be that time of year.

You know – when there is pumpkin everything, everywhere you look!

I confess, I don’t really “get” pumpkin coffee drinks at all – I guess probably because I’m not particularly fond of sweet coffee, unless it also involves chocolate. But, pumpkin everything else, I am very much okay with.

Our own pumpkins did well this year – we have quite a nice number of lovely little pie pumpkins to use this fall. This bread is only the beginning.

I’m trying to get some potential holiday recipes up a little early this year, because that way we can all plan what to bake, serve, and most importantly – eat when we are hosting get-togethers over the next few months. I highly recommend this bread. Not only is it fantastic, but it’s also super easy to get made, with no kneading at all.

I like to soak the raisins for awhile, which also gets the milk to a good temperature for the yeast. I used bread flour, because it gives this bread plenty of structure without kneading, but regular flour is nearly as good.

A 10 cup or bigger bundt pan is really nice for this, but you can use whatever you prefer. It is too much dough for a single 9 x 5 loaf, but a 9 x 5 plus a couple of mini bread pans, an angel food cake pan or a big spring form pan will all work, with just a bit of adjustment on the baking time. 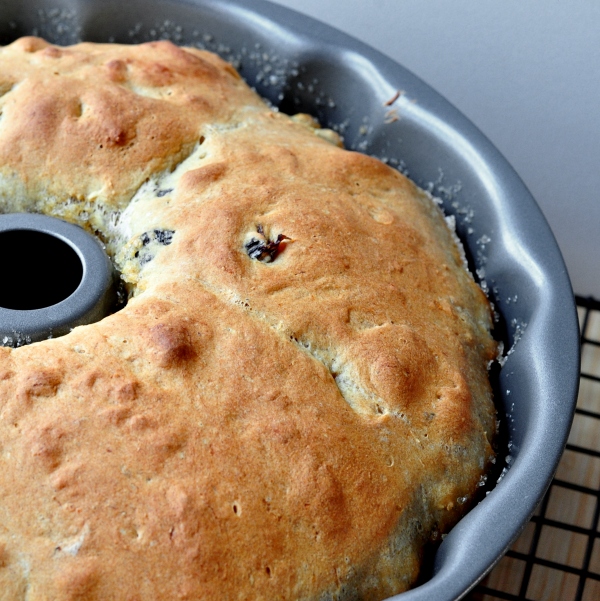 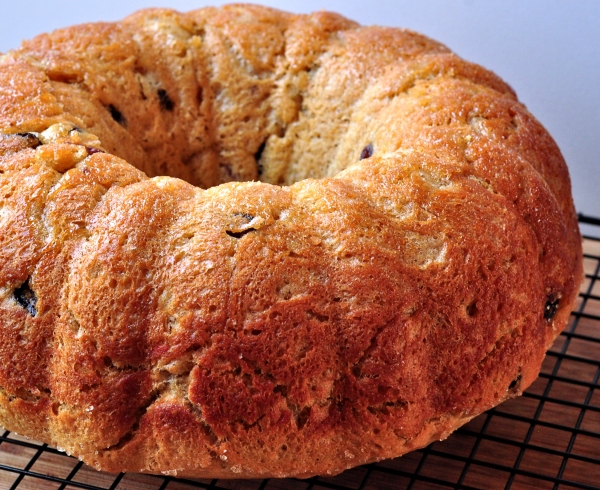 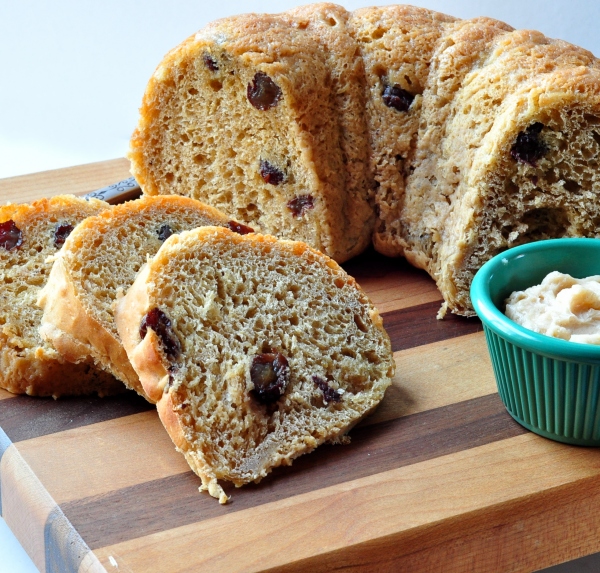 You will be able to satisfy quite a few people with one of these on the breakfast table. 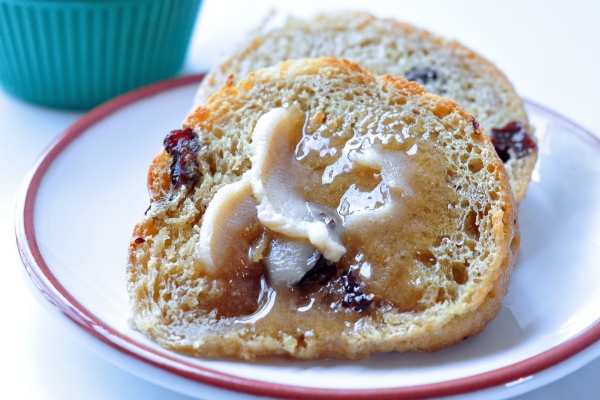 It would make a pretty tasty midnight snack too!