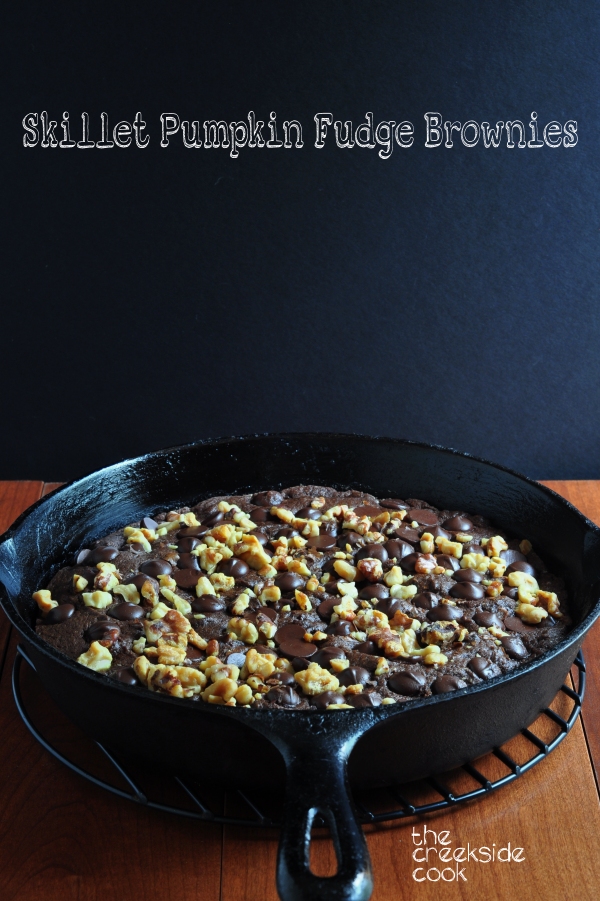 This recipe solves a pesky little kitchen problem that I will bet anything you have run across.

It goes like this: You find a great recipe for some pumpkin muffins, or maybe pumpkin doughnuts. You open a typical grocery store can of pumpkin puree, measure out the one cup needed for the recipe – and don’t they all just need that ONE cup – and then thriftily scrape out all of the remaining pumpkin into a refrigerator dish and pop in in the fridge. “I’ll make some thing out of that later in the week.” you say to yourself as you slather butter on a fresh muffin.

Scroll ahead in your life, when you’re trying to fit all the Thanksgiving leftovers in the fridge, and you come across a … hairy little creature of some kind waaaay in the back of the middle shelf. Ew! It’s the 3/4 of a cup of pumpkin left from when you made muffins. You, shudder, toss it and feel bad that you wasted perfectly good food.

Well, my friends, I am here to help you never again have this happen, because this recipe for Skillet Pumpkin Fudge Brownies calls for exactly 3/4 of a cup of canned pumpkin puree – the amount left over after you have used a cup of it in something else. You can have your muffins or doughnuts, and then NOT waste the remainder of the can – plus you get some rich, fudgy brownies!

I made these in my 8 inch cast iron skillet, because after 30 years it has a perfect non-stick surface, and things bake up nice and moist in it – you can use an 8 x 8 pan though, if you don’t have a skillet.

Save Print
Skillet Pumpkin Fudge Brownies
An 8 x 8 inch baking dish, or an 8 inch heavy stainless steel skillet can stand in for the cast iron skillet if you prefer. 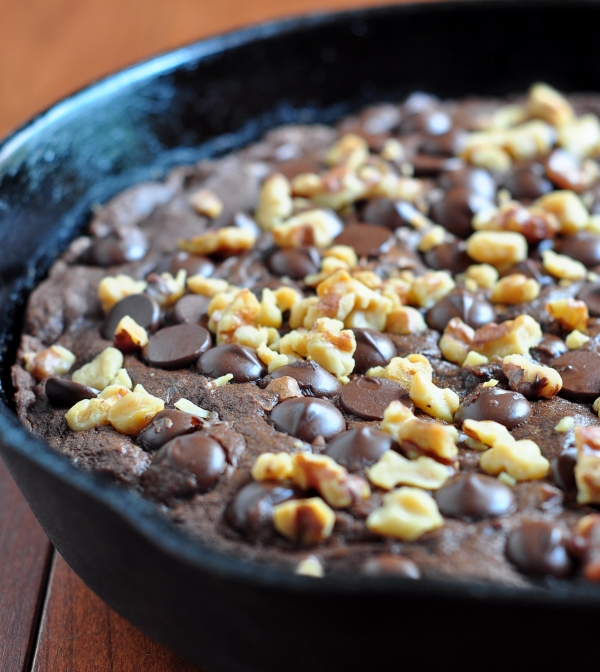 These are quite divine, if I say so myself – moist and fudgy, with just a hint of cinnamon. And you can feel all virtuous because you haven’t wasted anything – it’s a win – win! 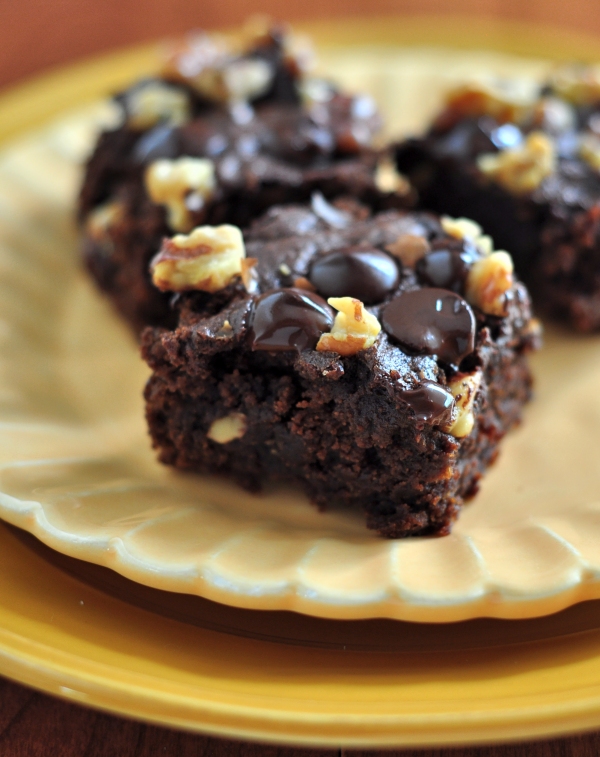