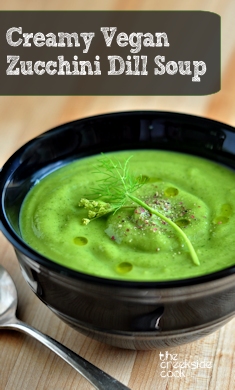 We are still on a zucchini kick around here. Nothing wrong with that as far as I can see. It’s a good year for squash, with plenty of rain and nice sunny days in between. The tomatoes are wishing it were a little warmer, but squash doesn’t mind that is has been cooler than normal. It makes the plants produce a little longer as well, because in warmer weather production speeds up which tends to wear the plants out more quickly. Not a problem this year.

I have never understood the idea of getting tired of eating summer squash. You can only get the really good stuff for a few months out of the year and it’s such a versatile ingredient that I never run out of inspiration for new ways to cook it.

Looking around my kitchen recently, a big vase of dill caught my eye. I’ve been making lots of pickles the last two weeks, which use up mainly the stronger flavored heads, leaving some of the milder ferny fronds still on the stalks. Zucchini and dill sounded like a nice flavor combination, so I started working on this soup: a vegan version of a zucchini dill soup.

Clearly, we don’t maintain a vegan diet here. I know a lot of you do though, and I wanted to challenge myself to create a soup with a decadent creamy texture without using my usual standby dairy products. I knew that the richness of coconut milk would be perfect.

There are just a few simple ingredients here: Vegetable broth, zucchini onion, garlic dill and canned coconut milk, plus salt and pepper. And the fact that it’s a very quick and easy soup to throw together makes it perfect for a fast weeknight meal, even if you aren’t vegan! 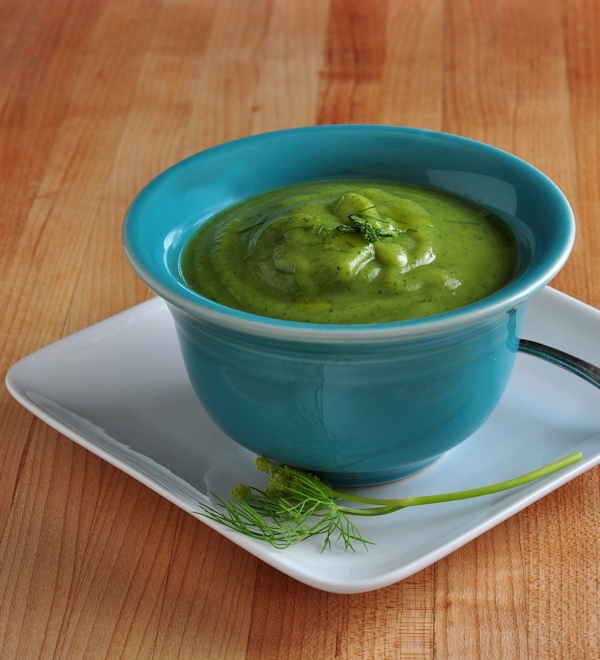 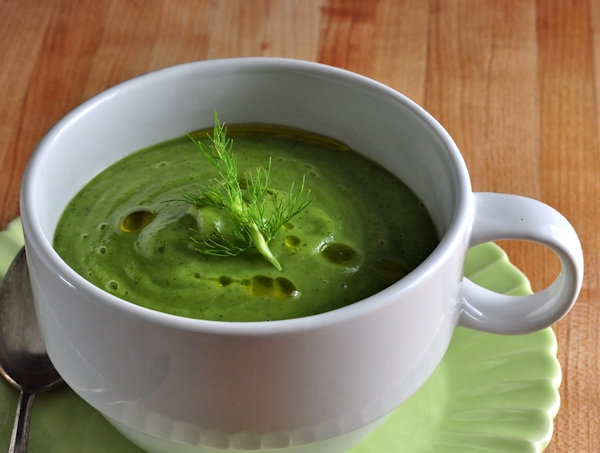 I used some “Black Beauty” zucchini for this batch, which are a dark green, accounting for the vibrant deep green color you see in the photos. Light skins will result in a lighter color, and if you use a squash like yellow crookneck, the soup with be a lovely light yellow color. 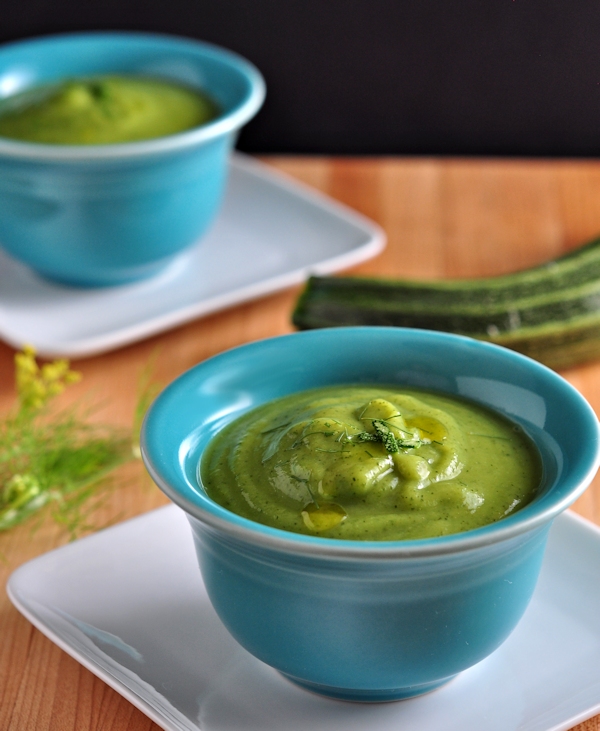 So simple, and so very good.
Yum