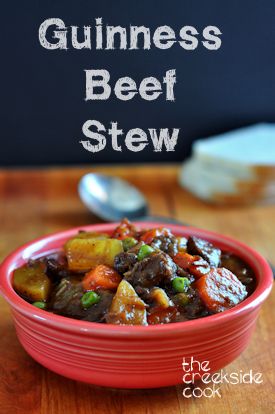 Okay, so we aren’t Irish. I did go to a Catholic grade school called St Patrick’s when I was a kid, but since probably half of the students were Italian, I don’t think I gained any Irish points there. We had to wear scratchy green uniforms, but that was about it.

And ever since an unfortunate entanglement with green beer back many years ago [and not by me, I assure you.] we aren’t very likely to be a part of many of your typical St. Patrick’s Day celebrations either.

Except for the food, of course. I have blogged some delicious Irish- inspired food in the past. Like Brussels Sprout Colcannon and Irish Soda Bread. So even if we aren’t particularly drawn to celebrating a sort of made-up holiday in which we have no ethnic heritage, we can still enjoy some Irish inspired food. And I am really rather fond of Guinness Stout. So, it’s a match made in heaven, right? Which is where St. Patrick probably is right now, so it all works out.

Cooking with Guinness is a truly wonderful idea in any case, but it does seem especially appropriate this time of year. As does stew – the weather is still pretty dismal around here with yet another storm having blown through yesterday and depositing more snow. Stew is what you want on a day like that – hearty chunks of beef and vegetables, simmered together in a beefy broth enriched with a lovely dark beer.

On the other hand, we are going to steer right out of Ireland rather abruptly, because this stew is thickened with a roux, which I am pretty sure is not Irish. Knowing how to make and use a roux is a very good thing to have in your culinary arsenal though, and gives this stew a very distinctly rich and amazing flavor.

Roux is not that difficult, but it is a little time consuming. I tend to make it every now again and stash it in the fridge, where it keeps for a very long while, and is ready to use when I want to thicken some gravy or soup – or stew. I don’t use a super dark roux for this – it takes around twenty minutes to get it to this peanut butter color. A lot of places say 35 minutes, but I use a saute pan and high heat with constant stirring and I usually have the color I want in less time than that. You will not need all of the roux you make, but as I said, it does keep a long time in the refrigerator – just stir every now and again as it cools down, or it may separate a little. 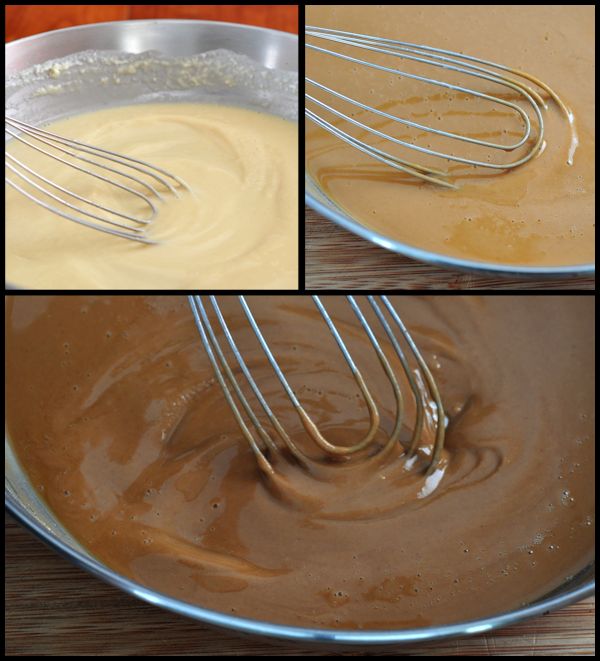 Any good stew involves getting a deep sear on the stew beef, some aromatics and some good stuff to make a flavorful broth, which in turn will become a flavorful gravy. 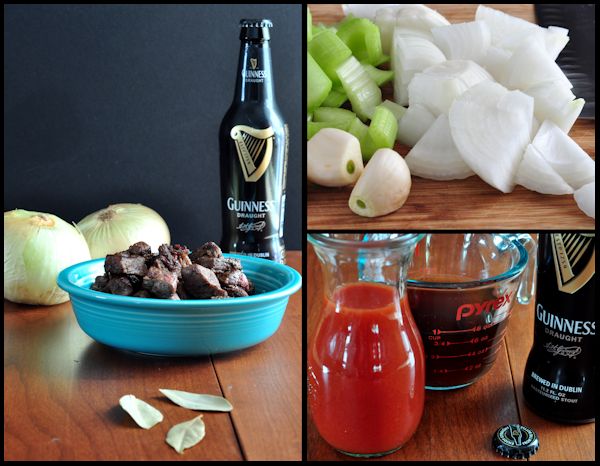 The final important element is to have most all of the major ingredients cut to about the same size pieces. I like about 3/4 of an inch, but if you prefer, you can go heartier with bigger chunks, or maybe more kid-friendly with smaller pieces. It’s up to you, but having them all about the same size makes the stew easier to eat and it looks nice. 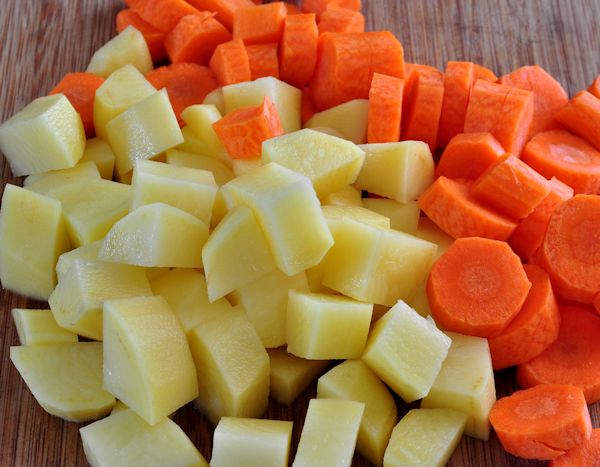 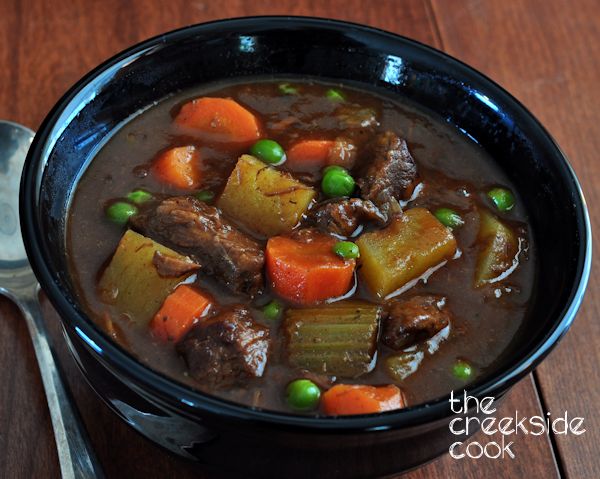 Author: Donalyn Ketchum
Recipe type: Soups and Stews
Serves: 5 to 7
Prep time:  1 hour
Cook time:  2 hours 30 mins
Total time:  3 hours 30 mins
Ingredients
Roux
The Stew
Instructions
Make the roux [you can do this at any point while the stew is simmering]
3.2.2265

Now, if you happen to have a few extra bottle of Guinness still around at dinner time, you might like to crack those open to enjoy with your stew – maybe some crusty bread as well, to sop up that delicious gravy. 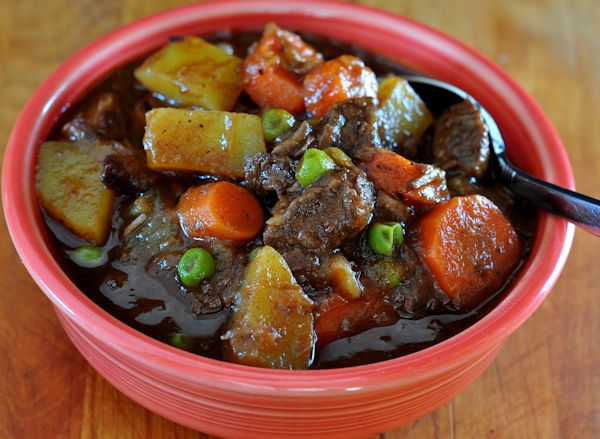