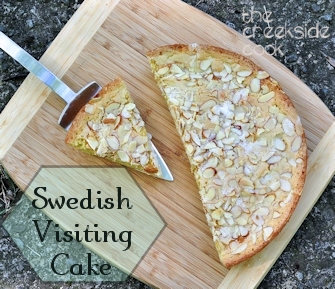 When I wrote this post for my other blog, nearly a year ago, I had been rummaging around in my pantry, looking for baking inspiration, and I ran across a package of sliced almonds. I had bought the almonds the previous fall, to use in my winter baking, and had never gotten around to using them. I was afraid they would get stale over the summer, I wanted to use them up, which had brought me to this recipe for Dorie Greenspan’s Swedish Visiting Cake. More about that in just a moment.

But first, I want to relate why this was a rather momentous post. The unopened package of almonds, sitting in my pantry for 6 months was a symptom of a condition I had found myself in for the last couple of years. I never had enough time to devote to the things I am most passionate about – growing stuff, making great food, and helping other people learn how to do the same things. My attention was constantly dragged off to think of things that are not what I love, not what is interesting or important to me. So, I bought ingredients with plans of finding different ways to cook with them, recipes to share with my readers and then making connections with the visitors who came to see what I’ve been cooking. But, I would run out of time, so the ingredients sat unused, the recipes not developed, the photos not taken, the post not written. I wasn’t so overwhelmingly busy, but my job had me sitting at the computer enough hours a week, and it tired my brain, bleeding off energy and stifling creative thoughts that I rely on to lead me to dream up something new, and to take the time to write about it and share it here. 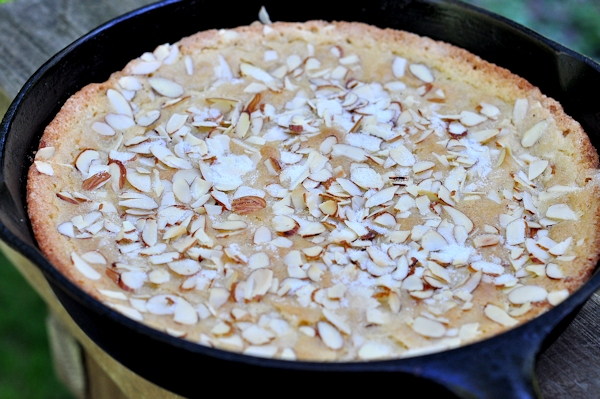 I struggled, and thought long and hard about it, Larry and I discussed it, I talked about it with friends and family. Do I just give up blogging? Is it taking too much time from other things? Did I want to keep feeling kind of defeated because I wasn’t getting where I wanted to be? Or maybe, just maybe, it was the job that wasn’t worth the time I was putting into it? So, then what? Quit my job?

It was a big risk, to give up a steady income and just be all out there on my own. But finally, there was only one right answer – to take the chance and blog full time. So that’s what I did. 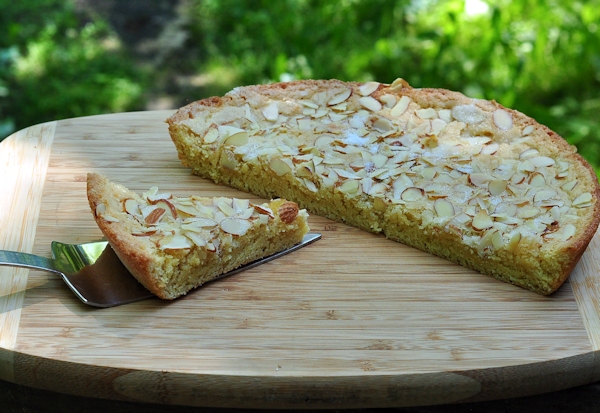 Then, because just quitting my job wasn’t risk enough, I decided late last year, that after 5 years the dlyn blog had to change into something more – which is how The Creekside Cook came to be. In some ways that was an even riskier change, because my old blog had tons of traffic and a good following – and it is not easy to get people to switch to a different website. And while my traffic is not yet quite where it was on the old blog, it is getting there, little by little. There have even been a few months where I have equaled my old income from blogging, and new opportunities continue to present themselves. So, it is not just a decision that I don’t regret – it’s one I wish now that I had made a lot sooner.

Which, finally brings me to this cake. It is possibly the best use of an almond on the planet. I’m not going to say that a slice of it was entirely responsible for Larry thinking I should blog full time, but I’m pretty sure it softened him up, and made him think about the advantages he enjoys as my chief taste-tester. The recipe isn’t here on my blog – it is not my recipe, so I will let Dorie tell you how to make it. I will tell you this, though – you definitely should make this cake. Why? Because, it is incredibly fast and easy to put together, bakes up quickly, and is just sublimely delicious. It’s even more delicious a couple days later, if such a thing is possible. 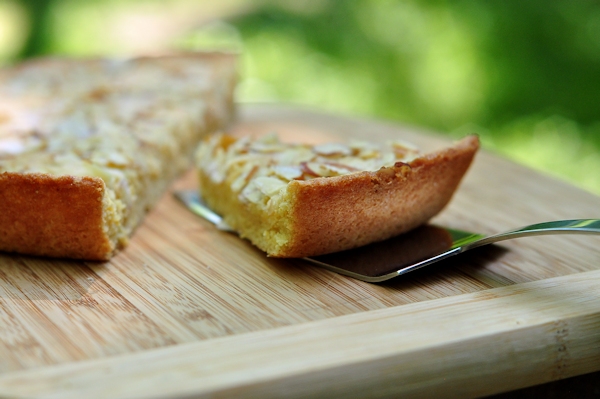 And while the memory of the wonderful flavor and texture of it linger in my mind, I will be out in the garden, because spring is finally here, and I am going to need to stuff to cook this summer!