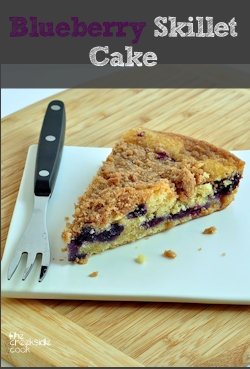 After a couple weeks of awful hot and humid weather, where no sane person entertained even the ghost of an idea that involved turning on the oven, I woke the other morning to cool, crisp air and a weather forecast that said the day would stay that way.

Just what I was waiting for, as we had a container of freshly picked blueberries in the fridge, that I had been hoping would get a chance to be in this cake.

I actually worked on this recipe last August, but ran out of blueberries before I had a chance to get it just right, and take some photos of my final take on it. I keep such things in a steno pad that sits on my kitchen counter most of the time – along with vital objects, like camera lenses, a kitchen scale, and a tottery pile of mail and old receipts that I’m going to get to one day.

The steno pad is a very important part of this blog, as it contains all of the permutations and notes for various recipes. Even though I love my technology, for me, there is no substitute for a blank sheet of paper and a Dixon Ticonderoga #2 pencil. Ideas for recipes and the stories to go with them occur to me at odd intervals, so I like to be ready to jot them down. Write it down or it never happened is very true for me.

I know to check back an entire year every now and again to see what projects I left hanging, which is how I remembered that I never shared it. It was mentally bookmarked for getting back to this August, so I was really glad to get a nice cool day for it. 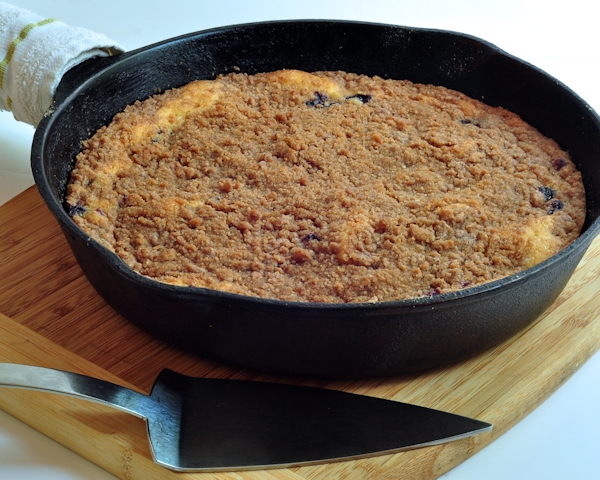 Despite my deep and abiding love for chocolate, few things make me happier than a moist fruity cake with a good crunchy topping. A coffee cake of sorts, it usually has some kind of acidic liquid like buttermilk or yogurt to help it rise nicely and give it an undertone of tanginess to balance out the sweetness of the fruit. The crunchy cinnamon topping is just – forgive me for saying so – icing on the cake.

Save Print
Blueberry Skillet Cake
If you don't have an iron skillet, this cake can be baked in a regular 8 or 9 inch square pan, though it will take a little longer to bake in those. 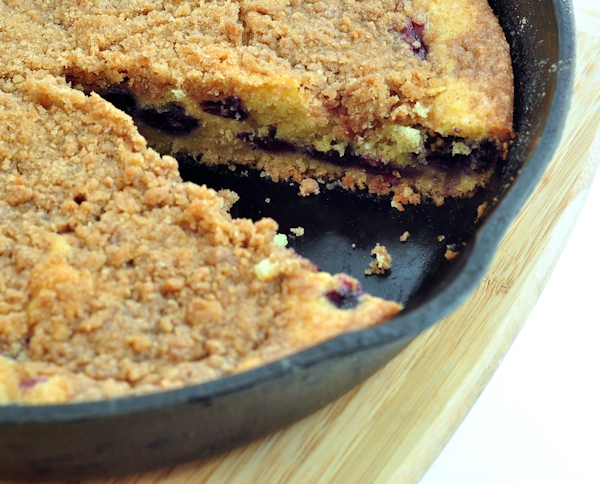 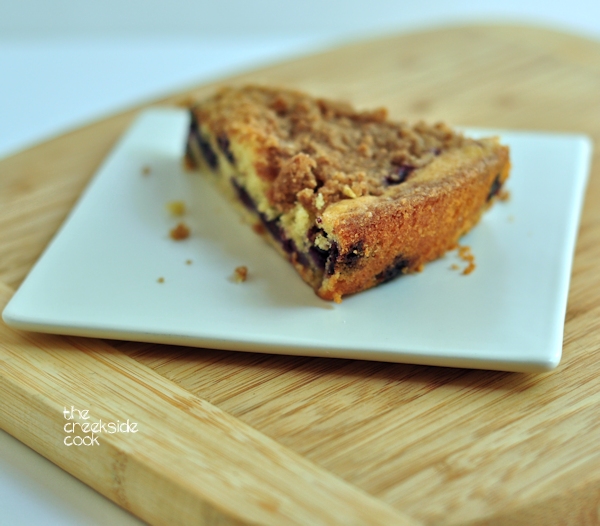