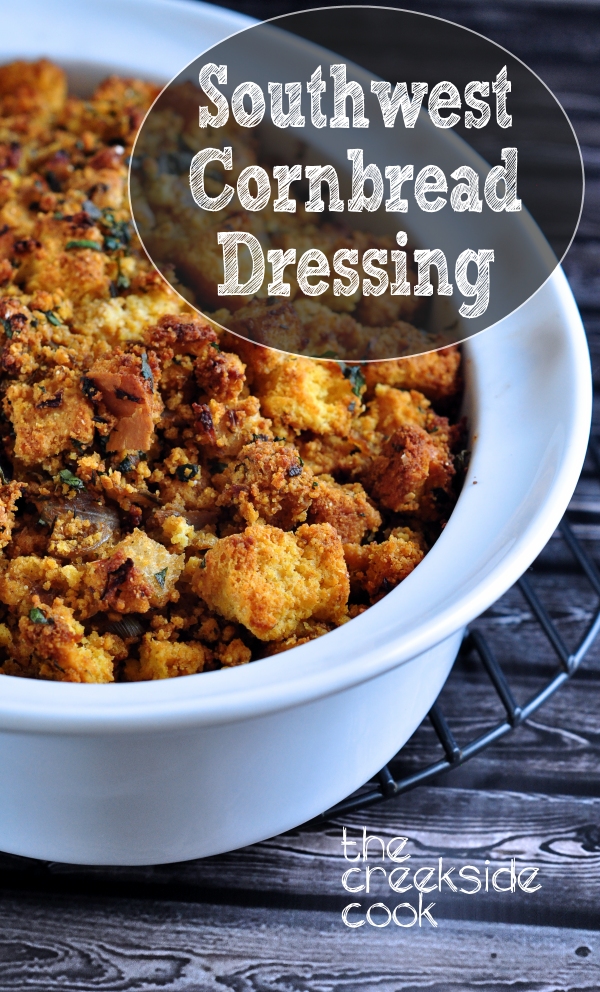 Have you planned your Thanksgiving dinner yet? At one time, the answer to that around here would have been “yes” – even if you asked me in July. That was because we had the same thing every year. It was hardly what you would call a bad thing either, because what we had was very good.

Things are different now though. We are all getting more adventurous in our old age, not to mention the fact that I have recipes to test. It’s awfully rough on the family to have to suffer through these trials, but they are all a sturdy lot and manage to muscle their way through. Turns out it’s not such a bad thing to have one of your guests, who is also one of the main cooks, come with a few new tricks up her sleeve

After years of always having my sister and brother in law come to our house for Thanksgiving, these days, it is easier for us to go there, so we get to enjoy Thanksgiving where the pilgrims did, in Massachusetts. Over the years, we have assumed our roles for which part of the meal to make. My sister always makes the actual turkey, an awesome apple pie, and various other sides and little additions, while I make pumpkin pie, the stuffing, the gravy and roasted veggies of one sort or another.

For years, we really did the turkey together, because despite dire warnings and predictions of doom, we put the stuffing in the turkey. It’s how we liked it and no one ever died, so we were like the last people in the country who still roasted a stuffed turkey. Then, because my sister’s oven was not behaving itself one year, we decided to cook the stuffing in a dish, and roast an unstuffed bird. Which is, of course, much easier because you don’t have to contend with the internal temperature of the stuffing, just the bird.

Then a couple years ago, I decided to try a cornbread stuffing again, which had previously gotten too soggy inside the turkey. And if it’s going to be cornbread, why not spice things up a little and throw in some cumin and garlic and chili powder? In order to hold up in the dressing, this cornbread recipe is a little sturdier than what I would normally make, like my Buttermilk Cornbread. 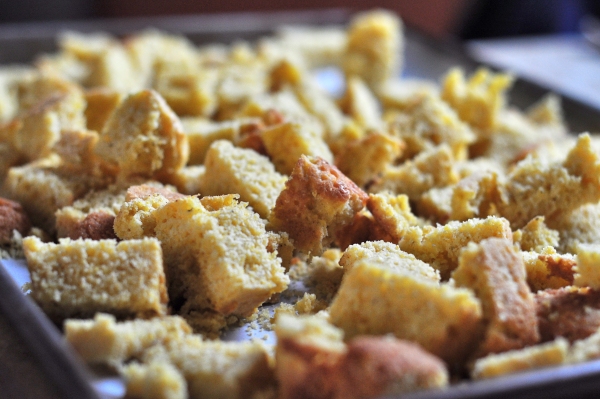 But now I have the dilemma of deciding what to call it. It’s always been stuffing for us, but if it’s not stuffed into anything, isn’t it dressing now? My sister, Louise says that she heard Alton Brown insist that it must be called dressing, not stuffing. And despite his current involvement with a show that is one of the most egregious abuses of television ever [I’m looking at you, Cutthroat Kitchen] I still think for the most part he knows what he’s talking about. So – Southwest Cornbread Dressing it is.

Save Print
Southwest Cornbread Dressing
The cornbread needs to sit out over night to dry out, so be sure to prepare it a day ahead. 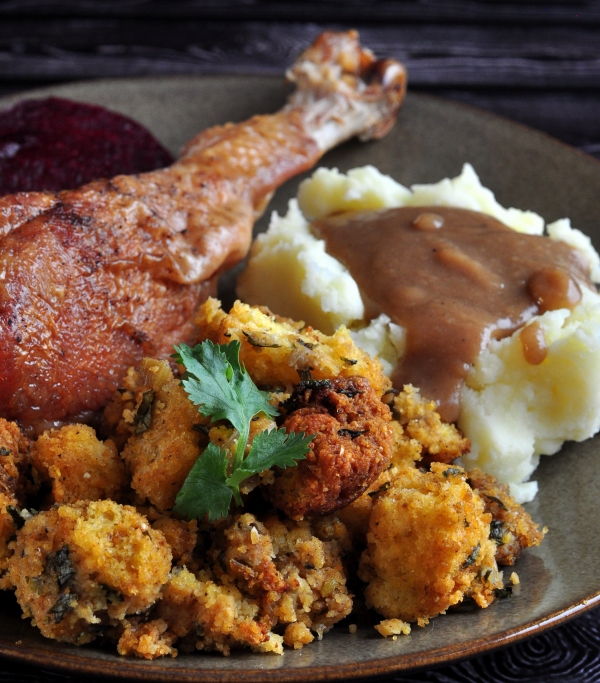 Author: Donalyn Ketchum
Recipe type: Side Dish, Holiday Meal
Serves: 3 quarts
Prep time:  40 mins
Cook time:  1 hour
Total time:  1 hour 40 mins
Ingredients
The Cornbread
The Dressing
Instructions
Make the Cornbread
Make the Dressing
3.2.2807
I’ve had some good ideas before, but this is right up there at the top of the list – it will add something really special to your Thanksgiving table – I promise! 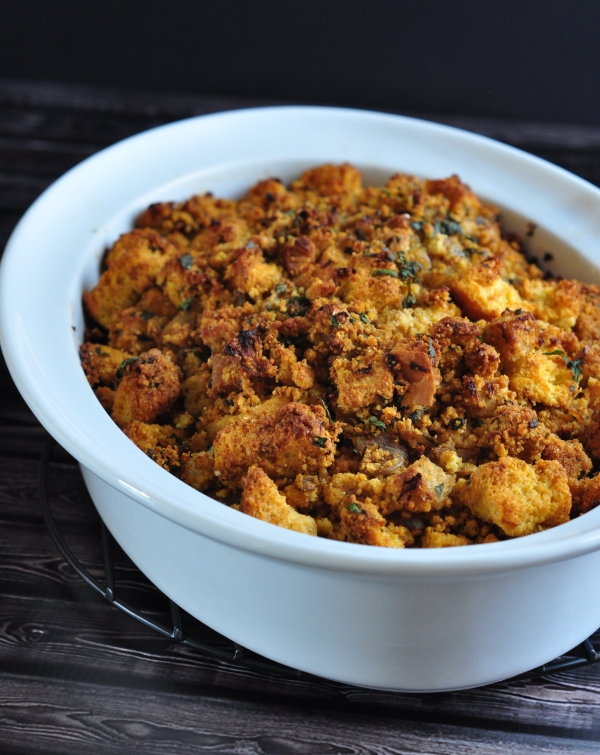